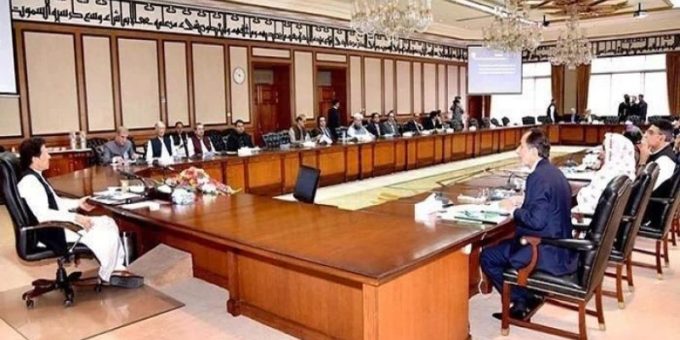 The government has taken back the mini-budget, including the Tax Laws (Fourth) Amendment Bill, for the time being from the federal cabinet as difficulties increase for the Centre on the political front.

The publication stated that the government decided to consult with Prime Minister to devise a new strategy.

The unveiling of the mini-budget turned out to be a disappointment for the incumbent government since the International Monetary Fund (IMF) staff turned down the government’s proposal to convince the IMF that it would present a mini-budget through a presidential ordinance.

This has put the revival of the IMF programme into a difficult situation because it wouldn’t be possible if the Fund doesn’t show flexibility in demanding the parliamentary approval for two key bills, including Tax Laws (Fourth) Amendment Bill and SBP’s Autonomy Bill.

In this scenario, the government has to explore all options once again to convince the IMF for the promulgation of a presidential ordinance for withdrawal of GST exemptions to fetch Rs350 billion into the national kitty on an annual basis because it might find it hard to pass such a chunk of the money bill with the support of its political allies.

The IMF had sternly rejected the proposal for promulgation of the Presidential Ordinance in the past, but the government seems to be left with no option but to engage the IMF again to convince it. The government wants that the promulgation of the ordinance should be allowed till the upcoming budget and to withdraw GST exemptions as part of the next budget through Finance Bill 2022.

The two bills are pending approval from Parliament without which the revival of the IMF programme will be simply impossible. A top official said that the cabinet could not consider the State Bank of Pakistan (SBP) Autonomy Bill in Tuesday’s meeting because the federal law minister was not present in the meeting.

So the cabinet ratification on work finalised by the Cabinet Committee on Legislative Business could not be taken up. Secondly, the Tax Laws (Fourth) Amendment Bill was withdrawn because the government could not afford a backlash on it when the CPI-based inflation was already standing at 11.53% for November, 2021. The second thought surfaced after increasing difficulties emerged in the wake of a severe defeat in the local government elections in many parts of PTI’s stronghold province of Khyber Pakhtunkhwa.

Kartik Aaryan is all smiles as he receives a customised stamp collection from Lucknow GPO! | Bollywood News
2019-08-19