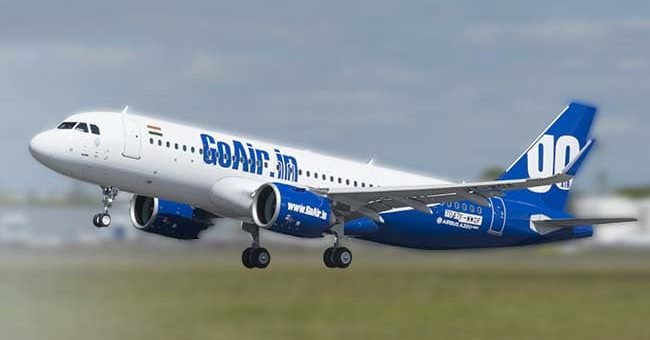 Two employees of private carrier GoAir have been charged for allegedly abetting the suicide of a 19-year-old employee of the airline in Maharashtra’s Nagpur, city police said.

Manthan Chavan, who worked as GoAir’s trainee ramp officer at Nagpur airport, had allegedly committed suicide at his home in Nagpur on May 30, police said.

In a statement issued on Friday, police said that a case was registered against Akshay Patil, manager of GoAir (Nagpur) and Nilay Janbandhu, senior officer of ramp operations, under the relevant sections of the Indian Penal Code on Thursday.

“During the investigation, it was found that the deceased, Manthan Chavan, was on sick leave (when the incident happened). However, he was under mental pressure as he was constantly getting calls and messages from Akshay Patil and Nilay Janbandhu, who asked him to resume duty, which drove him to commit suicide,” the police said.

According to police, Chavan hanged himself from an iron rod of a ventilator at his home in Chandramani Nagar.

His father, Mahendra Chavan, had later lodged a complaint saying that Manthan was not keeping well and suffering from jaundice. He had been on leave since 10 to 12 days before the incident, he had said.

In the complaint, he had also alleged that his son might have committed suicide due to work stress.

Police had launched a probe into the case based on his complaint.

Meanwhile, the Mumbai-headquartered budget airline has said that police have “wrongly booked” two of its employees. It also said that its legal team was “ascertaining the facts” and will decide about the “next course of action”.

“GoAir has extended full cooperation and support to the investigating authorities in the 19-year-old employee Manthan Mahendra Chavan suicide case,” the airline said in a statement issued on Friday.

“Chavan was working with GoAir as a trainee ramp officer at Nagpur airport for about nine months. GoAir shall obtain a copy of the FIR filed by Nagpur Police, in which two employees Akshay Patil and Nilay Janbandhu have been wrongly booked,” it added.

Nagpur police had recorded the statements of GoAir employees on two different occasions in the past and all requisite information related to the matter had been handed over to the authorities, as requested, it said.

“The initial enquiry was conducted and the authorities did not find any complicity of the employees in the incident. Our legal team is ascertaining the facts and after taking a considered view, we will decide the next course of action,” it added.

“GoAir deeply regrets the demise of Chavan who left a suicide note, where he wished his mother a happy birthday and apologised for committing suicide. Our hearts go out to the parents and family members of young Manthan. With immediate effect GoAir had released his dues and other compensation as per the Company policy,” it said.