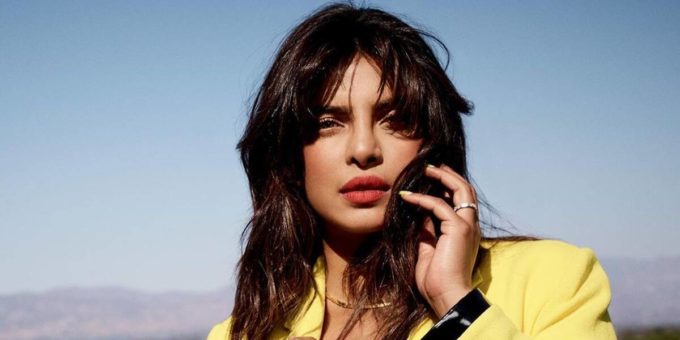 After stealing the show at Billboard Music Awards 2021, Priyanka Chopra Jonas continues her path to global domination. The Sky is Pink actor recently featured on the cover of Vogue Australia for their June edition — and as expected — gave serious fashion goals.

In one of the photos, she was seen in a classic white and black dress from Chanel. Styled by Kate Phelan, the look was completed with a simple yet chic hairdo and smokey eyes. The actor spoke to the magazine about her recent Covid-19 relief work and also spilled “her best-kept secrets about good hair days, her marriage and planning an epic wedding.”

She was also seen in a black slip dress which really accentuated her svelte frame. It featured encrusted straps and neckline.

In another look, she was in a white outfit that featured a cut-out detailing at the back. The look was completed with smokey eyes and hair parted at the centre.

For the Billboard Music Award, she was seen in a custom Dolce and Gabba shimmery ensemble. The risqué attire was cinched with a metallic belt at the waist.

What do you think of her recent look?

Quick, Easy And Delicious, Dosa Under 10 Minutes To Beat Your Hunger