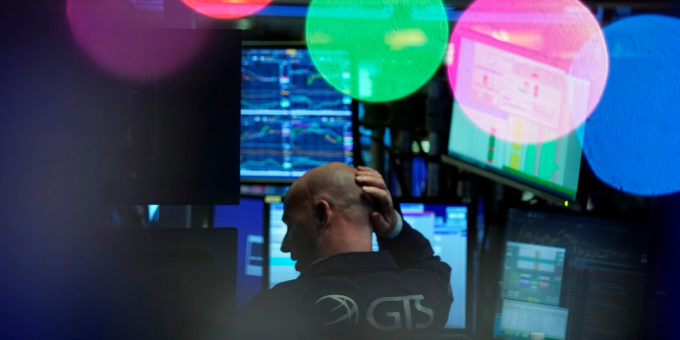 By Carlos Tejada and Eshe Nelson

Stocks on Wall Street and in Europe dropped heavily on Friday after initial news of the discovery in southern Africa of the new variant, called Omicron. The World Health Organization labeled it a “variant of concern,” its most serious category. Stocks of companies in industries that had been bouncing back in recent months, like airlines and other travel firms, took big hits as governments reintroduced limits on movement across borders. Oil prices plunged on concerns about the economic toll of potential restrictions, while government bond yields fell amid an investor flight to the relative safety of sovereign debt.

On Monday, with quick answers about the threat from Omicron hard to come by, investors seemed to focus on the possibilities other than disaster. While the new variant might turn out to be more contagious and vaccine resistant, it might also prove to be less dangerous to the health of the vaccinated or previously infected. Scientists haven’t come to firm conclusions and it could take up to two weeks before the tests of current vaccines on the new variant have results.

“We don’t know how dangerous it is to health, though early reports that it isn’t very dangerous, while downplayed by the cautious experts, are very seductive,” Kit Juckes, a strategist at Société Générale, wrote in a note to clients. “Against that backdrop, some of Friday’s madness has been reversed, but only part of it.”

Stocks in Europe rose in early Monday trading, with markets in London, Paris and Frankfurt up about 1 percent.

Futures markets were predicting that Wall Street too would open higher later on Monday. The S&P 500 fell 2.3 percent on Friday, the worst day since February.

Asia-Pacific stocks fell broadly on Monday, catching up to some of Wall Street’s losses. Japan’s Nikkei 225 index fell 1.6 percent on a day when the government sealed the country’s borders, just days after opening to short-term business travelers and international students. Hong Kong’s market ended the day down 1 percent, at its lowest level in more than a year. Shares in airlines continued to slide, such as Cathay Pacific, which was down 3.6 percent, extending Friday’s 4.1 percent drop.

The discovery the Omicron variant comes at a delicate moment for an airline industry that was just starting to see a rebound.

The question is whether the new coronavirus variant will deter travelers, as the Delta variant did this summer.

The international travel recovery has been slower than it has been in the United States. President Biden’s decision to ease longstanding restrictions on foreign travelers this month promised to stimulate that rebound. It isn’t yet clear how or whether the Omicron variant will affect travel demand, but if travel bans proliferate and concerns over the variant continue to spread, hopes for an accelerated international rebound could be dashed once again.

Only two U.S. carriers, Delta Air Lines and United Airlines, fly out of southern Africa. Both have said that they are not yet planning to adjust their schedules in response to the administration’s ban, which takes effect on Monday and does not apply to American citizens or lawful permanent residents. Delta operates three weekly flights between Atlanta and Johannesburg. United operates five flights a week between Newark and Johannesburg, and it has not changed its plans to restart flights between Newark and Cape Town on Wednesday. None of the countries that have announced the new travel restrictions are major sources of business for U.S. carriers.

No major American airline has announced any substantive changes to procedures because of the variant. And all passengers flying into the United States must provide proof of a negative coronavirus test, with noncitizens also required to be fully vaccinated.

Within the United States, air travel has nearly recovered, even with many businesses still wary of sending employees on work trips. The number of people screened at airport security checkpoints over the past week was down only 10 percent from the same week in 2019, according to the Transportation Security Administration. And the industry successfully weathered the crush of travelers, avoiding the disruptions that at some airlines lasted for days in recent months.

Hoping to alleviate long lines at gas stations, empty shelves in grocery stores and a Christmas without mince pies, the United Kingdom’s Department for Transport began to recruit truck drivers overseas in October.

Official figures have not been released, but in mid-October, Oliver Dowden, a co-chairman of the Conservative Party, said on a radio show that a “relatively limited” number of applications had been received, and a little more than 20 had been approved.

So rather than a source of instant relief, the visa offer has become an informal measure of the appeal of post-Brexit, late-pandemic Britain, David Segal reports for The New York Times.

Some drivers who have worked in Britain said the country had become more xenophobic since Brexit, which took effect in January 2020. The campaign to leave the European Union was championed loudest by the United Kingdom Independence Party, whose leader, Nigel Farage, pushed for a law that would ensure “British jobs for British workers.” In 2013, he warned of a “Romanian crime wave.”

The British government estimates that it needs 100,000 more drivers. This raises the question of why the Department for Transport has made a mere 5,000 temporary visas available. In Parliament, politicians from opposition parties contend that the low figure reflects ambivalence in the Conservative government. READ THE ARTICLE →

Solar panels and electric car batteries rely on cobalt, a metal abundant in the Democratic Republic of Congo and rare elsewhere. The United States had long recognized the Central African nation’s strategic importance, yet recent administrations have done little to maintain ties, leaving China to step in.

A New York Times investigation, “Race to the Future,” examines the global demand for raw materials as the clean energy revolution takes off. Places like the Democratic Republic of Congo, which produces two-thirds of the world’s supply of cobalt, are stepping into the kinds of roles once played by Saudi Arabia and other oil-rich nations. The race to secure supplies could have far-reaching implications for the shared goal of protecting the planet.