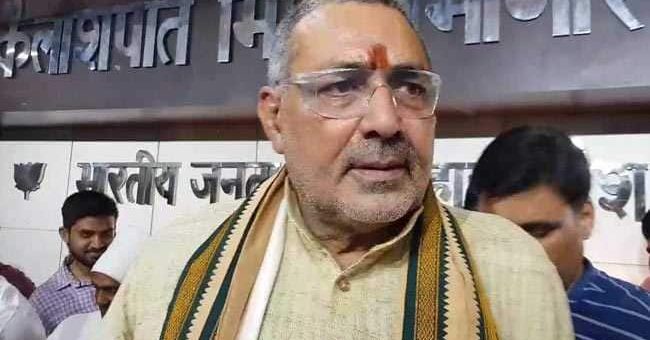 Union Minister and BJP leader Giriraj Singh hit out at Congress saying that the party is concerned only about the Gandhi family and said that the Special Protection Group force has been made a status symbol.

“Congress is only concerned about the Gandhi family,” he told news agency ANI about the Special Protection Group (Amendment) Bill, 2019.

“If the family really had such threat perception, then see the facts. When members of the family went on foreign tour, they left SPG behind. I think this is more of a status symbol than a security threat,” he said.

The BJP leader claimed that the number of personnel deployed for their security have been increased and alleged that Congress did not worry about former Prime Ministers IK Gujral, Narsimha Rao, and even Manmohan Singh.

“They have made SPG a status symbol. SPG didn’t know where they went at least 600 times,” he said.

Meanwhile, BJP MP Meenakshi Lekhi said, “Congress seems to be bonded with the throne of (Gandhi) family, not the country, because, two Prime Ministers — PV Narsimha Rao and Manmohan Singh were also from this party and the SPG Act applied to their families as well. But their (Congress) policy changes according to persons.”

The colonial legacy of rape laws