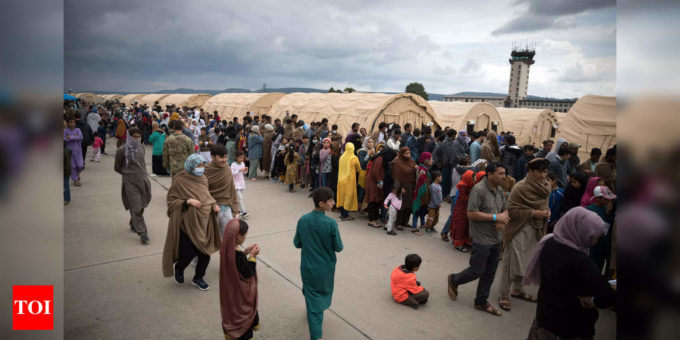 BERLIN: Germany has allowed entry to 2,000 rights activists, artists, scientists and journalists from Afghanistan who are at risk of retribution from the Taliban, media said Monday.
The interior ministry has now begun issuing entry permits to people designated as vulnerable by the foreign office, according to the RND group of newspapers.
Interior Ministry spokesman Steve Alter told reporters in Berlin that security forces would run identity checks after Interior Ministry Horst Seehofer admitted that people with criminal records were airlifted to Germany from Kabul.
The German DPA news agency says there are roughly 2,600 at-risk people and their family members on the ministries’ list.
The majority of them remain in Afghanistan or have fled to neighbouring countries after the Taliban takeover in mid-August.

Atif Aslam And Sara Bharwana Spotted At A Wedding Event

J & J coronavirus vaccine trial paused: What exactly is an ‘unexplained illness’ during a vaccine trial
2020-10-13