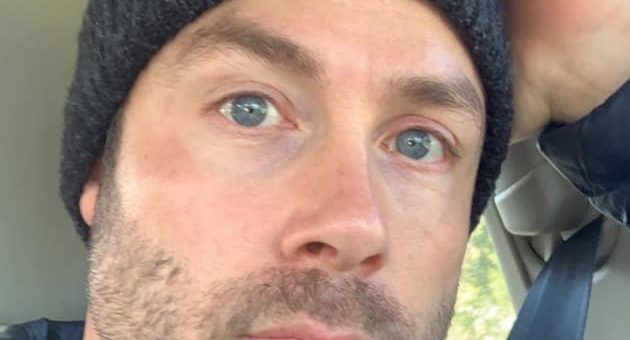 90 Day Fiance star Geoffrey Paschel is accused of rape and domestic violence by multiple women, including his ex-wives.


Fans created a fast-growing petition for TLC to fire this creep and edit him out of the season. Now, Geoffrey has responded.


If you read about Geoffrey Paschel, you’re not going to find many people looking for spoilers about him and Varya.


Instead, you’ll find an endless series of mugshots and articles with headlines that will give you nightmares.


The 41-year-old has four ex-wives. Three of them have accused him of rape.


It has not even been one year since Geoffrey’s arrest in the summer of 2019 for allegedly beating his then-girlfriend.


According to police records, he attacked her, brutally beat her throughout the house including bashing her head into walls.


Geoffrey then allegedly forced her to clean the blood off of her face and damaged a phone. She had to run to a neighbor’s house to escape.


Physical evidence at her home supported her claims, as her blood was smeared and splattered in several rooms of her home.


Despite the mountain of accusations against him and a criminal record stretching back decades, Geoffrey is responding to it all on social media.


“I have been repeatedly asked why I would EVER want to be on a show (the best show FYI),” he begins.


Geoffrey is in a situation “where my life would be put in front of everyone to pick apart — especially with my checkered past.”


“If we were all the same: thought the same, looked the same, or acted the same, how lame would that be?” Geoffrey asks.


He says: “My closed-up life was the only way I knew to live.”


“I hid so much about myself,” Geoffrey claims, “whether it be my age, my history, or even my relationships.”


He then has the gall to ask: “What crazier, whacked up way could I have done it any better than blasting out there?”


“With the path I chose,” Geoffrey writes, “it cannot EVER be reversed.”


He is referring to becoming a public figure, and not to allegedly ruining multiple lives with brutal violence.


“Everything about me is out there for the world to see,” he says, “whether it is true or fantasy.”


“I can never go back,” Geoffrey adds, “and honestly, I would not have it any different.”


“I have realized who my ‘people’ are and, opposingly, who only want to hold me down and set me back,” Geoffrey announces.


“Luckily,” he says, “I NOW have a strong support system via mostly complete strangers who have lifted me up SO high and have shared their love.”


“Here is to finding MY light and new beginning at the other end of the tunnel!” Geoffrey expresses.


This is a great reminder that narcissistic creeps should never get a hold of self-help language.


“When things no longer work,” he encourages his followers, “find YOUR tunnel!”


“See you tonight,” Geoffrey writes, “as I start my new quest to the other side of the world…”


“I love you guys-always do YOU!” he concludes.


The post may sound too tone-deaf to be real, but we promise, that really went up on social media.


If you found Geoffrey’s tone and words stomach-turning, you’re not alone.


To be fair, it’s exactly the sort of narcissistic dismissal — implying that people are trying to hold him back — that one would expect from a monster.


Hopefully, TLC will listen to the petition, but we won’t hold our breath for the network to develop a conscience.


Instead, let’s just hope that Varya is aware of who Geoffrey is and that she is somewhere safe.


Maybe the alleged assault from last summer will put Geoffrey in a position where he can’t hurt anyone.

Taapsee Pannu to begin shooting for Rashmi Rocket on March 26