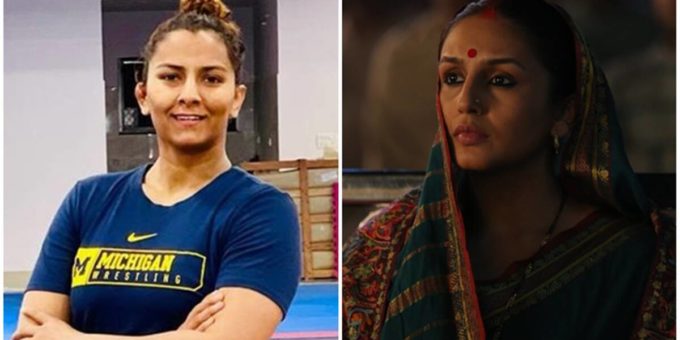 Wrestler Geeta Phogat on Sunday shared that watching Huma Qureshi’s drama Maharani made her recall her own struggle with relentless sexism in her professional life. In 2010, Geeta became the first Indian female wrestler to clinch a gold medal in women’s wrestling at the Commonwealth Games, which was held in New Delhi. She then went on to secure a bronze at the World Wrestling Championships held in Canada.

Her rise in the otherwise male-dominated sport was documented in Aamir Khan-starrer 2016 superhit Dangal, which was based on the life of Geeta’s father Mahavir Singh Phogat. In an Instagram post, Geeta wrote how she has been subjected to misogynistic jibes only because she has beaten several men in wrestling.

She mentioned how an advice given to her by her father has stayed with her through all the difficult times. “Logo ka kaam hai kehna, lekin tumhe peechhe mudke dekhne ki zaroorat nahi” papa ki kahi ye baat maine apnaayi aur aage badhti chali gayi (People will keep talking but you don’t have to look back. I inculcated this thought in me and kept moving on.),” Geeta wrote.

The wrestler added that Sony LIV political series Maharani, which chronicles the journey of a homemaker Rani Bharti (Huma Qureshi), who is made the chief minister of the state, resonated with her on a personal level.