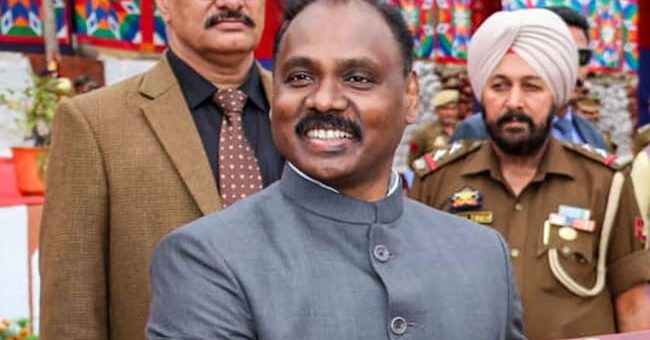 GC Murmu worked with PM Modi when he was the Chief Minister of Gujarat. (File)

GC Murmu, who resigned a day ago as Lieutenant Governor of Jammu and Kashmir, has been appointed as the country’s new auditor general. Mr Murmu had resigned from his post on Wednesday and Manoj Sinha was appointed as his successor.

“Rajiv Mehrishi is turning 65 on August 8. That is why the government is in a hurry to look for a replacement,” a senior bureaucrat in the cabinet secretariat told NDTV on Thursday.

A highly influential post, former Comptroller and Auditor General Vinod Rai had authored a report that triggered the 2G telecoms spectrum scandal, widely seen as one of the biggest contributors to the 2014 defeat of the Congress. In years since, the report failed to hold up in court.

Mr Murmu’s resignation came days after a controversy over media reports quoting him that elections in the union territory can be held after the ongoing delimitation exercise. Elections have not been held in Jammu and Kashmir in the two years since the elected government collapsed, with the poll body citing security concerns.

Reacting to the reports, the Election Commission had, in a strongly-worded statement, said that decisions on timing of elections could only be made by it.

The GC Murmu-led J&K administration has also faced controversy over its opposition to restore 4G internet services in the union territory. It has cited increased terror activity as the reason behind its move in the Supreme Court in response to petitions seeking restoration of high-speed internet.

The senior bureaucrat was expected to retire on November 30 last year. But before that, he was appointed the first Lieutenant Governor of Jammu and Kashmir after the state’s division into two union territories came into effect in October.