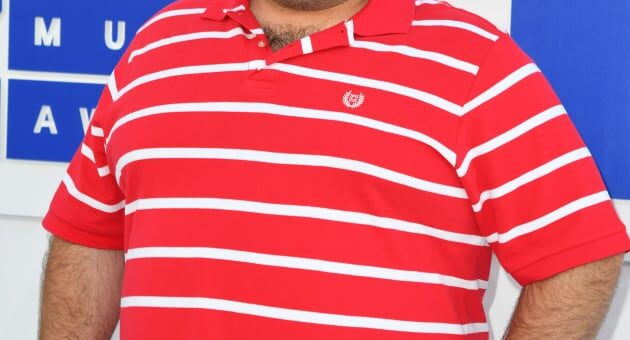 
The guy has the great misfortunate to be tied to Amber Portwood for the rest of this whole life, and now this.


In case you missed it, Gary revealed last weekend that his mother had officially tested positive for coronavirus.


He made the announcement on Mother’s Day, and he understandably seemed very upset about it all.


His mother works at an assisted living facility, so as he explained it, she was at a higher risk for catching the virus, meaning that it wasn’t a total shock when she tested positive.


That certainly didn’t mean it wasn’t scary though.


He said that he’d been dropping off food for her on her porch, and that even though she’s sick, he’s been practicing social distancing like he has been for the past few months.


(His youngest daughter, Emilee, has an immunodeficiency disorder, so they’ve been taking the quarantine very seriously.)


In that post, Gary said that while his stepfather, Jody, hadn’t been tested, he’d been showing symptoms.


And now he has an update on that.


Unfortunately, it’s not a good one.


He shared some photos of Jody on Instagram, and in his caption for those photos, he asked his followers to “Please continue to pray for my family.”


“Jody (my stepdad) was rushed to the hospital a few days ago with very low levels of oxygen,” he continued.


“He was admitted into the Intensive Care Unit and diagnosed with Covid-19 & Pneumonia.”


Gary said that Jody is “receiving plasma, a new clinical drug and on a breathing machine in hopes to fight this virus.”


“As you can imagine this is very difficult on my family.”


He did finish things up with a bit of good news though.


“Update on my mom …. she is getting stronger everyday and on the mend,” he wrote.


Jody was featured in a storyline on Teen Mom OG a couple of seasons back — Gary always thought that he was his biological father, although he hadn’t been around for much of his life.


He said that he starting spending time with Gary sometime around 2014, and the two were building a relationship, but he felt the need to take a paternity test to find out of Jody really was who he thought he was.


As it turned out, Jody wasn’t his biological father.


It was a devastating thing to learn, but Jody did make it clear that he wasn’t going anywhere.


And at this point, it’s clear he was telling the truth.


Hopefully Jody gets better so he and Gary can continue getting closer.

Bundesliga: “Strange And Surreal” Experience Of Playing In Empty Stadium For Borussia Dortmund

Shah Rukh Khan mourns the loss of his close ally