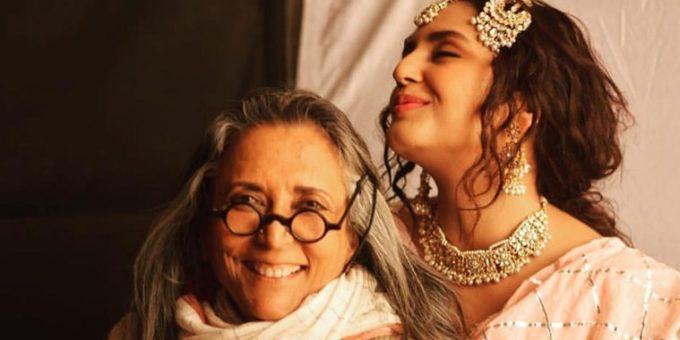 IT’S boring to have stories of women if they don’t interest everyone. Good stories should touch everyone. Humanitarian stories are far more important than just talking about gender,” says filmmaker Deepa Mehta, who has co-directed Leila, Netflix’ latest original series from India. The series, scheduled to start streaming worldwide on Friday, is set in a near-future world where extremely right-wing ideologies are prevalent and an oppressive regime segregates the society. The six-part series, based on Prayaag Akbar’s eponymous novel, follows the search of Shalini Pathak Rizwan (played by Huma Qureshi) for her daughter who was been taken away from her years ago.

“The novel was picked up by Netflix soon after it came out. They looked around to see who can do justice to its adaptation as a short series and contacted my agent in Los Angeles,” recalls Mehta, also the creative executive producer of the series. Meanwhile, the video streaming platform asked some people to submit their ideas regarding turning it into a series. “For a series, you have to expand the story — create different characters, situations and yet retain the book’s philosophy,” she says.

Screenwriter Urmi Juvekar wrote the show bible, which is like a precis on what can be done. Mehta read the novel as well as Juvekar’s bible, and was intrigued by both. Netflix asked the 68-year-old filmmaker, known for directing Fire (1996), Earth (1998) and Midnight’s Children (2012), to direct its first two episodes. “This was interesting since I got to set the tone for the series. What is great is that I was an integral part of the casting. For me, that’s extremely important. I fell in love with Huma and the rest is history,” says Mehta, as she along with Qureshi talk about the show’s process. Apart from Qureshi, the cast of Leila includes Seema Biswas, Rahul Khanna and Siddharth.

Qureshi joined the project much later. “When Deepa and I met, we had general conversations. I was impressed by the story and thought no one in India was doing this kind of content. I acted all very cool and held back my excitement even though I was very eager to be a part of the show,” says the actor, who found the book very poignant and thought-provoking. Leila is Qureshi’s web debut.

She narrates how she almost missed her flight while trying to send Mehta recording of a scene from its script. “It was noon for Deepa (she lives in Toronto) while I was going on a vacation and about to board a midnight flight in Mumbai. She asked me to send a scene. She hated the first recording and asked me to send another. I was sure I was going to miss the flight as I struggled to send the clip,” she recalls, adding in a lighter vein, “I was meant to play Shalini. I honestly believe that somewhere I willed it.”

Talking about a dystopian world in which this drama unfolds, Mehta says, “Some filmmakers opt for this kind of setting and some don’t. It depends on the story and how it is told. I know stories which are set in the past and told with just as much impact. Last year’s Oscar-winner The Favourite is a brilliant movie about women, politics, gender, inequality and hierarchy.

Set in 18th-century England, it also talks about the haves and the have-nots.” Other than Mehta, Shanker Raman and Pawan Kumar have directed two episodes of the series each. “Initially, I wanted it to be an all-woman directors’ team and was fighting hard for it,” says Mehta. Both Mehta and Qureshi divulge that the team used to fight a lot during its making. “But we knew what we were fighting for — to do our best work,” says the actor.

The series talks about the widened caste divide, acute water crisis and air pollution in this futuristic tale. It also raises questions regarding misogynistic practices as women characters are made to go through “purity tests” and are subjugated. “As a society, we have to constantly keep checking ourselves as patriarchy is so inbuilt and manifests itself in different ways,” says Qureshi, and adds, “The real empowerment is having the power to choose.”

Qureshi would be soon moving into the world of zombies in Army of the Dead, which marks Zack Snyder’s return to direction after two years. “It’s going to be an extremely eventful year for me,” says the 32-year-old. Mehta pipes in, “It’s fabulous”, and adds in a lighter vein, “This morning, Huma hired me as her PR person.”