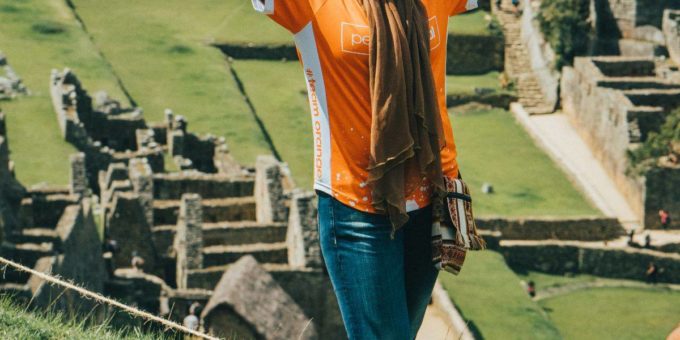 From Snowdon to Kilimanjaro, from Ben Nevis to Everest, Taksima Ferdous is a challenger like no other.

Taksima works as the Challenge Events Fundraising Coordinator at Penny Appeal and has dedicated her time to helping people explore the world.

Starting out as a volunteer, Taksima found that challenges were a gateway to exploring the world around her.

She said, “When I first did Mount Snowdon, it was really tough. I always tell everybody that on my first trek, I had no previous experience, I didn’t train for it. It was a lot of pain, it was really painful, I remember telling the mountain guide, “I’m dying, I can’t do this”, but I enjoyed my experience so much that two weeks later I found myself on Ben Nevis.”

She went on to Ben Nevis and then from there decided to take on Kilimanjaro,“I didn’t have that much experience [at the start] but I thought if I put my mind to it, it can happen. Despite whatever pain I’m going through, I can achieve what I need to as long as I just remain focused.

“When people tell me, “oh, I don’t think I can do it”, I always tell them ‘trust me, if I can do it, anyone can do it.’ It’s all about pushing forward. Whatever pain or barrier I have, I just push forward and think, actually this is nothing if I just take one step at a time.”

When she first started trekking in 2012, on her own or with groups, often Taksima would be one of the few Muslim women on the mountain but since then the numbers have grown, and more  women have been encouraged to go out and get active.

She added, “I think you defy the stereotypes. Even when I’m traveling on my own, on treks or adventures, I go to certain areas and I might be the only one who’s wearing a scarf, but then I get to have these conversations with people and defy those stereotypes that are seen in the media.

“It encourages people to follow on, to not be afraid to do their own challenges, or seek their own adventures.”

Taksima joined 18 other women to conquer the Penny Appeal’s Everest Base Camp Challenge.

She said, “Somebody told me once, and I will always remember it, “as a fundraiser, when you ask someone to donate you are inviting them to a good deed.” Allah (SWT) tells us in the Qur’an that we should give in charity and help those in need. So when you go out and fundraise for a challenge, you’re there as an ambassador for Allah (SWT), you’re giving someone the opportunity to do a good deed. If you see it in that way, it’s not that much of a chore or a task.”

Sadaf And Shahroz Face Immense Crticism On Their Eid Telefilm