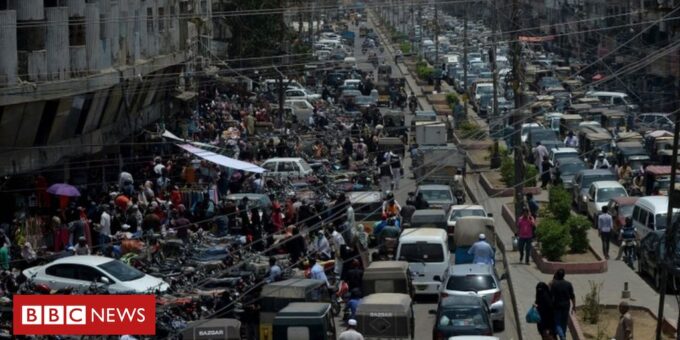 As the coronavirus pandemic swept through Asia, many countries imposed strict lockdowns to stop the disease from spreading, especially in major cities.

From Beijing in China to Hanoi in Vietnam, cities suspended transport and ordered millions of people to stay at home, leaving roads unusually empty.

The reduction in traffic on the roads had an unintended consequence – scientists observed a drastic drop in air pollution levels in early 2020 over cities and industrial areas in Asia and elsewhere.

Now, as countries in Asia cautiously ease their restrictions, traffic has returned to the roads and pollution is spiking.

“There were really marked reductions in air pollution across Asia,” Paul Monks, professor of air pollution at the University of Leicester, told the BBC. “What we’re seeing now is a return to pre-Covid levels.”

Satellite data from Nasa and the European Space Agency showed that, in the first three months of 2020, levels of nitrogen dioxide were far lower than in the same period in 2019.

Emitted by vehicles and during industrial processes, nitrogen dioxide is a noxious gas that can aggravate respiratory diseases, such as asthma.

A serious air pollutant, nitrogen dioxide is estimated to lead to the deaths of around three million people a year. It is not a greenhouse gas but comes from the same activities that emit carbon dioxide, which contributes to global warming.

In China, where the pandemic originated, nitrogen dioxide levels were 10% to 30% lower than normal between January and February this year, according to Nasa.

The space agency said India, where smog-filled skies are common in the biggest cities, saw nitrogen dioxide levels decrease by about 55% in Delhi from March 25 through April 25.

Two other studies, published in the Geophysical Research Letters journal, found that nitrogen dioxide dropped up to 60% in northern China, western Europe and the US in early 2020.

Prof Monks said the pandemic has inadvertently given the world a glimpse of what a pollutant-free economy might look like.

“This points to what you can really achieve. If you were to decarbonise transport, that’s what you would get,” Prof Monks, the former chair of the UK government’s science advisory committee on air quality, said.

Yet, as Asian countries reboot their economies – resuming travel in and out of cities – pollution levels have rebounded.

Data released by Greenpeace China showed that levels of toxic pollutants, including nitrogen dioxide, were higher in April compared with the same period last year.

If countries are serious about tackling air pollution and climate change, they must “learn the lessons” of the pandemic, Prof Monks said.

In Europe, some countries are taking action to reduce traffic congestion, clamping down on car use.

The Italian city of Milan, for example, announced it would transform 35km (21.7 miles) of its streets into cycling-friendly spaces over the summer.

Other countries are taking a similar approach during the lockdown, installing temporary cycling lanes and closing roads off to cars.

“There is a brighter future out there, but the climate emergency has not gone away. It has not been replaced by the Covid emergency,” Prof Monks said.

Why Bombs Made in America Have Been Killing Civilians in Yemen

Afghanistan conflict: ‘Children among dead’ in air strike on school
2020-10-22