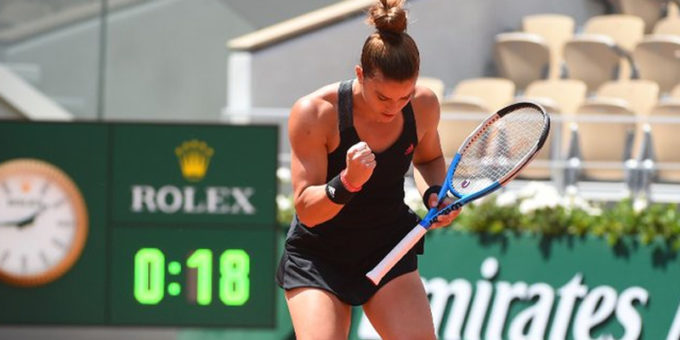 The world number 18 will face unseeded Barbora Krejcikova of
the Czech Republic for a place in the final after seeing off Swiatek who had
required a medical timeout early in the second set.

“I am speechless. It is a dream coming true. I don’t
know, it is a very nice feeling and I could not have done it without my team
and their support,” said the 25-year-old.

“We have a long way to go but we made a huge step
today.

“I enjoyed myself and sat down and said to myself it is
an important match but to enjoy it. I had to enjoy it.”

For only the second time in the Open era, there are four
first-time Grand Slam semi-finalists in women’s singles, after the 1978
Australian Open.

Furthermore, for just the fifth time in Roland Garros
history, a player seeded outside the top 10 will lift the Coupe Suzanne Lenglen
on Saturday.

Sakkari is the second Greek in the semi-finals of the
singles at this year’s French Open after Stefanos Tsitsipas made the men’s last
four on Tuesday.

Swiatek had carved a break for 2-0 in the first set before
the Greek quickly levelled, breaking again for a 5-4 lead.

Sakkari confidently pocketed the opener, ending the
champion’s run of 22 straight sets won at the tournament.

When Swiatek slipped 0-2 down in the second set, the Pole
left the court for a medical timeout, returning with her right thigh tightly strapped.

Swiatek had to battle to avoid going a double break down in
the fifth game but eventually succumbed in the 10th.

Sakkari reaped the reward for her all-out attacking game
with five aces and 26 winners.