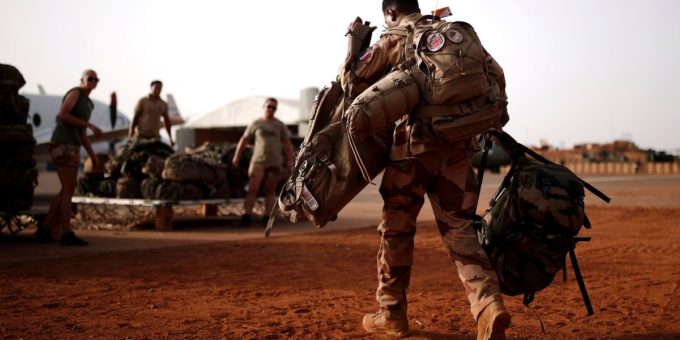 BAMAKO, Sept 19 (Reuters) – France’s Armed Forces Minister arrived in Mali on Sunday to pressure the military junta to end talks to bring Russian mercenaries into the country and push it to keep a promise to return the country to constitutional order in February.

Diplomatic and security sources have told Reuters that Mali’s year-old military junta is close to recruiting the Russian Wagner Group, and France has launched a diplomatic drive to thwart it, saying such an arrangement is “incompatible” with a continued French presence. read more

West Africa’s main political bloc, ECOWAS, as well as other allies combating militants in the Sahel region, have also expressed concerns over the potential deal.

But Mali’s junta which seized power in August 2020, has dug in, noting that France has begun scaling down its decade-old operation against insurgents linked to al Qaeda and Islamic State across the region to include more European countries.

On Sunday, Mali’s foreign ministry called objections from neighbour Niger to the prospect of a deal with Wagner “unacceptable, unfriendly and condescending”.

The visit by Florence Parly to Mali is the highest-level trip by French officials since the talks with Wagner emerged.

An official from the French Armed Forces Ministry told reporters ahead of the visit that Parly would stress “the heavy consequences if this decision were to be taken by the Malian authorities.”

She would also underscore the importance of keeping to the calendar for the transition to democracy leading to elections in February 2022, the official said.

French officials describe the relationship with the junta as “complicated”, although it still relies on Paris for counter-terrorism operations.

Paris said on Thursday it had killed the leader of Islamic State in Western Sahara in northern Mali.

Parly earlier on Sunday was in Niger to lay out plans to reshape its operations in the region. read more

The French army started redeploying troops from its bases in Kidal, Tessalit and Timbuktu in northern Mali at the start of the month, French army sources have said.

France wants to complete the redeployment by January. It is reducing its contingent to 2,500-3,000 from about 5,000, moving more assets to Niger, and encouraging other European special forces to work alongside local forces.

The European force in the Sahel so far comprises about 600 troops from nine countries.