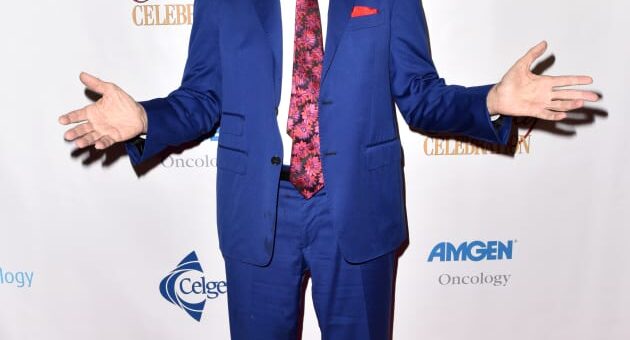 Fred Willard, a long-time film and television star who had most recently appeared on several episodes of Modern Family, died on Friday of natural causes, according to his rep.


“My father passed away very peacefully last night at the fantastic age of 86 years old. He kept moving, working and making us happy until the very end,” his daughter, Hope Mulbarger, told People Magazine in a statement.


Willard’s career spanned many decades, but he was likely best known for playing Phil Dunphy’s dad on the aforementioned ABC sitcom, along with his roles in Best in Show, This Is Spinal Tap and Everybody Loves Raymond.


Jamie Lee Curtis — whose husband, Christopher Guest, directed Willard in several movies, including This Is Spinal Tap — shared a clip of the actor in Best in Show, writing on Saturday, May 16:


“How lucky that we all got to enjoy Fred Willard’s gifts. He is with his missed Mary now. Thanks for the deep belly laughs Mr. Willard.”


Willard was nominated for four Primetime Emmy Awards over the course of his illustrious career.


He hosted Saturday Night Live in 1978 and appeared in more than 100 sketches on The Tonight Show With Jay Leno.


The popular star also guested on Jimmy Kimmel Live!, portraying characters including the ghosts of Fred Trump and George Washington


An endless array of actors and filmmakers who adored and admired Willard’s work went on to pay tribute to the late actor on social media.


“You will always be a true original and I am so honored that our lives intersected. No one will ever come close to replacing your genius.


Willard’s Modern Family character, Frank Dunphy, appeared in episodes across 11 seasons of the ABC smach hit, scoring an Emmy nomination for Outstanding Guest Actor in a Comedy Series in 2010.


His character died of old age in January.


“Gutted,” Christina Applegate Tweeted today. “His immense talent and kindness will never be forgotten. We love you Fred Willard. Thank you for the decades of laughter.”


“There was no man sweeter or funnier,” Jimmy Kimmel added. “We were so lucky to know Fred Willard and will miss his many visits.”


Then there was this from Kathy Griffin:


“RIP to the legendary #FredWillard.


‘The first time I worked with him ironically it was a table reading for a Drama/comedy play.


“I was still in The Groundlings in those days. He looked right in my eyes when we had dialogue. Basic but vital acting tip. Oh and funny as f—k.”


In addition to his onscreen roles, Willard also spent time working with Big Brothers/Big Sisters, City of Hope, and Actors and Others for Animals.


He is survived by his daughter and son -in- law, Hope and Mitch Mulbarger, as well as his grandson Freddie.


May Fred Willard rest in peace.

Here’s how Katrina Kaif wished Vicky Kaushal on his birthday

Wait?What?! Divyanka Tripathi And Vivek Dahiya Are Having Black Ice Cream In Dubai
2021-11-13