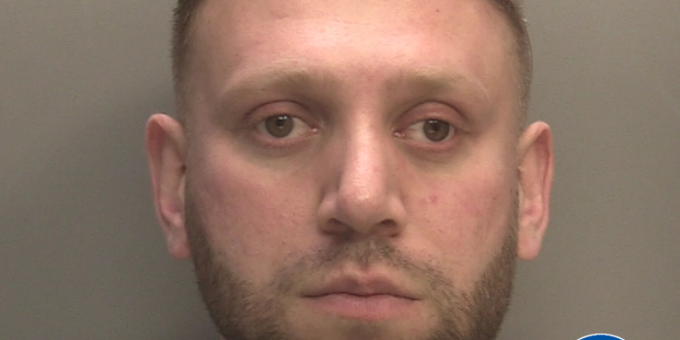 A fraudster who posed as a fake solicitor to swindle a retired nurse out of £236,955 which he blew on online gambling has been jailed.

Shahbaz Queshri, 30, wore a fake Rolex watch and promised to help the 78-year-old woman after she lost money on a bad investment.

Queshri promised to take her case to the High Court in London to help her reclaim the lost funds and over 18 months he stole £236,955 from her.

Detectives were able to prove that he gambled away all of the stolen money, spending up to £50,000 a day on betting websites.

Queshri admitted fraud and he was jailed for five years and four months at Birmingham Crown Court.

The court heard he made friends with the pensioner after she made a bad investment while trying to help her disabled son move into special accommodation in order to live more independently.

Whenever she was hesitant to hand over money he would send fake messages pretending to be from the head of the solicitor’s company and insinuated that bailiffs may be forced to recover unpaid fees.

Queshri also lied about having a cancerous brain tumour and needing cash to pay for his grandmother’s medical care in Pakistan after she was involved in a car crash.

Tragically, the woman’s son died before Queshri was brought to justice for his crimes which have resulted in the victim remortgaging her home.

In a statement, the woman’s family said: “The impact of this man’s actions on the whole family has been massive, she suffered two years of anxiety, sleepless nights and worry.

“We almost had to sell her house to pay off the debts the fraud caused and we’ll never get back all of my grandmother’s jewellery he made her pawn.

“Her son died in the midst of this case and she’s struggled to come to terms with it all.

“He is responsible for destroying her retirement as a long serving member of the NHS as a retired nurse.”

Detective Sergeant Jason Fowler, of West Midlands Police, said: “This has been a long complex investigation for me and my team.

“Sadly the victim was groomed by him over many months in order to get her to part with her life savings.

“The ordeal Queshri put the woman and family through is truly sickening and despite the prison sentence, it will never be enough for the victim and her family.

“He has ruined her life and her old age where she should be relaxing and enjoying herself.”

From The Suicide Squad to Man of Steel, every DCEU movie ranked from worst to best
2021-08-13