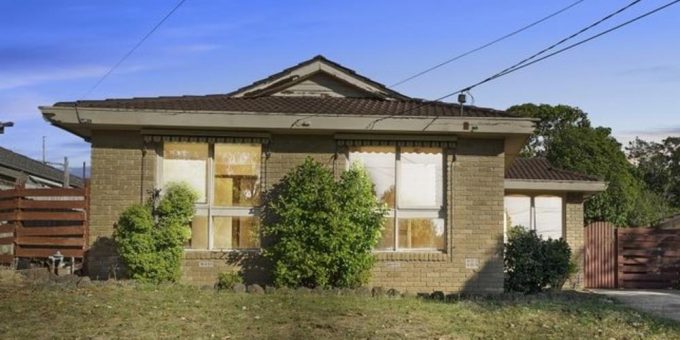 Flippers have outlasted nine other bidders to snap up a tired Frankston house with a bargain asking price.

O’Brien Cranbourne agent Brent Day said the vendors’ reserve had been within that range.

This made 37 Havana Cres an affordable proposition for Frankston, where the median house price rose 5 per cent in the past quarter to $570,000, according to realestate.com.au.

Hit maker Tones and I buys house in Frankston

The buyers will renovate the dated pad.

Mr Day said the majority of the 10 bidders were “builders and renovators” keen to inject new life into the brick abode.

He estimated the renovator buyers would need to spend an extra $40,000-$60,000 to bring the house up to scratch before they could onsell it.

“They liked the block size, the location and that it had a four bedroom-two bathroom configuration,” he said.

The property is walking distance from the Karingal Hub Shopping Centre, which is about to undergo a $160 million redevelopment.

The vendors — two brothers — had lived there since the ‘90s. They’d decided not to renovate themselves, but to instead buy a turnkey ex-display house in Clyde North, Mr Day said.

CoreLogic records show the property had previously changed hands in 1997 for just S96,000.

“There are no excuses (not to buy) at the moment,” he said.

“There are no elections coming up and no rate rises. Money’s cheap.”

What the homes of the next decade will look like