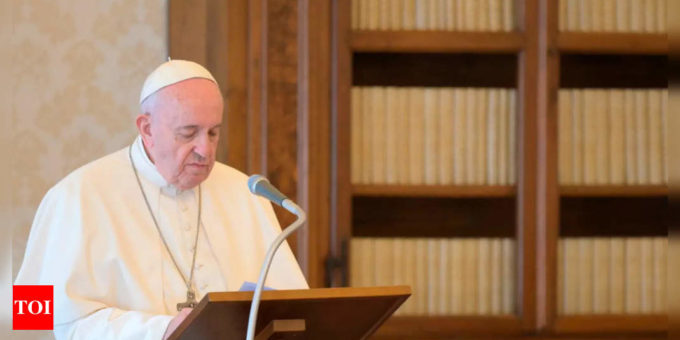 VATICAN CITY: Pope Francis used his New Year’s message on Saturday to issue a clarion call for an end to violence against women, saying it was insulting to god.
Francis, 85, celebrated a Mass in St Peter’s Basilica on the day the Roman Catholic Church marks both the solemnity of Holy Mary Mother of God as well as its annual World Day of Peace.
Francis wove his New Year’s homily around the themes of motherhood and women – saying it was they who kept together the threads of life – and used it to make one of his strongest calls yet for an end to violence against them. “And since mothers bestow life, and women keep the world (together), let us all make greater efforts to promote mothers and to protect women,” Francis said. “How much violence is directed against women! Enough! To hurt a woman is to insult God,” he said.

UK to recognise Covaxin from Nov 22; US welcomes inclusion of Bharat Biotech vaccine in WHO-approved list
2021-11-08