Breaking News
2022-05-29 Astronomers Locate “Super Earth” Exoplanet in the Habitable Zone of Its Host Star 2022-05-29 Kesari stars Akshay Kumar and Parineeti Chopra to reunite in Capsule Gill based on Raniganj Coalfield rescue mission : Bollywood News 2022-05-29 Kamal Haasan says he held Dilip Kumar’s hand, ‘begged’ him to work in Thevar Magan Hindi remake: ‘I wanted to but he had decided…’ 2022-05-29 Turkey shows off drones at Azerbaijan air show 2022-05-29 Why the Champions League Final Was Delayed 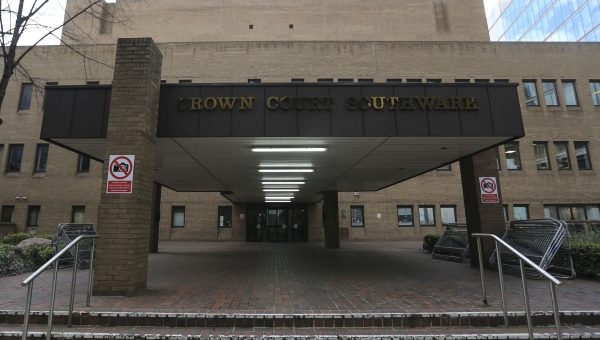 A former police officer has been handed a suspended prison sentence after concealing money she knew had been illegally obtained by her husband.

This followed a wide-ranging investigation by the Met’s Anti-Corruption Crime Command, who are part of the Directorate for Professional Standards.

Their covert case began on 30 March 2020. The matter was immediately referred to the Independent Office for Police Conduct who directed the MPS to carry out the investigation.

The team began to investigate members of an organised crime group which intercepted rival drug gang couriers to seize hundreds of thousands of pounds. One of these members was Kashif’s husband, ex PC Kashif Mahmood.

The court heard he used police vehicles and resources to take cash from the couriers in carefully planned operations led by a contact orchestrating events through an encrypted communications network.

When officers went to arrest him in the middle of the night on 28 April 2020, Kashif hid a box belonging to her husband with cash inside. Her action came to light when investigating officers reviewed encrypted messages between the organised crime group. When questioned following her arrest in July 2020, she admitted that she knew what her husband had been doing but had not reported him to police.

Her actions frustrated the team’s work as the box has never been recovered and officers will never know how much was inside.

Mahmood, previously based at the Central East Command Unit, was sentenced on 13 May 2021 to eight years’ imprisonment after he pleaded guilty to misconduct in a public office and conspiracy to acquire criminal property. Other members of the gang were also jailed. Mahmood was dismissed without notice from the Met in November 2020.

Kashif, who was also based at the Central East Command Unit, was dismissed on Thursday, 2 December 2021.

Both former officers have been added to the Barred List held by the College of Policing. Those appearing on the list cannot be employed by police, local policing bodies (PCCs), the Independent Office for Police Conduct or Her Majesty’s Inspectorate of Constabulary and Fire and Rescue Services.

Detective Chief Inspector Andy Taverner, who led the Met’s investigation, said: “When Kashif became an officer she swore an oath that she would behave with integrity.

“She broke that oath when she chose to interfere with our investigation by hiding her husband’s criminally-gained cash.

“This was a far reaching and highly complex investigation and my team have worked hard to track down those involved and bring them to justice. Despite having to face the extra complications of working through the pandemic, they never gave up on the case. Their drive to track down corrupt officers should not be underestimated.”

Deputy Assistant Commissioner Bas Javid, Professionalism, said: “Kashif knew that her actions were plain wrong. Her deceit and dishonesty was exposed because of the work of the Met’s Anti-Corruption Command, and directed by the IOPC.

“Kashif’s case is rare, but highlights the important work of our dedicated Anti-Corruption Command. There is no room for corrupt officers within the Metropolitan Police Service and we have the biggest dedicated counter corruption unit within UK law enforcement.

“I know how hard they have worked and am proud of their tenacity and commitment in this case.

“The DPS are committed to rooting out those who let us and the public down.”

Aiman Khan And Minal Khan Dining Out With Their Mother

Good sleep versus good workout: What is more important for weight loss?
2019-05-26