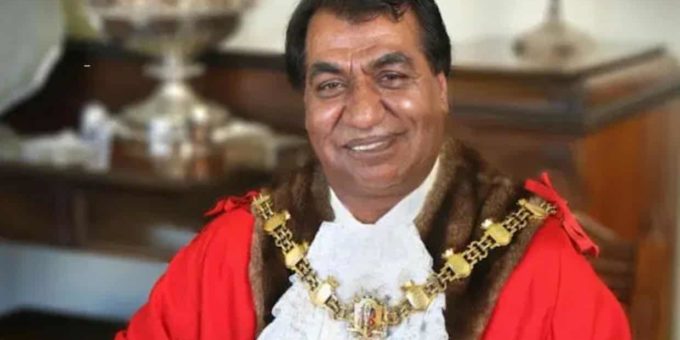 A former Mayor who was fined and then resigned following a Covid breach says the Prime Minister is ‘not above the law’.

Blackburn with Darwen Councillor Iftakhar Hussain said there was ‘no difference’ in what the Prime Minister and his staff took part in and what other people were fined for.

Yesterday, Boris Johnson apologised for attending a ‘bring your own booze’ gathering in the garden of Number 10 during England’s first lockdown as he battled to save his premiership. The Prime Minister yesterday said he believed a “work event” was taking place at Downing Street.

Cllr Hussain said the Prime Minister’s explanation had made a ‘mockery’ of the rules in place.

He said: “To hear such an excuse from the Prime Minister just makes a lot of people more upset. He should just do the right thing and resign just like I did. It is the decent and honourable thing to do.”

In February, last year Cllr Hussain apologised for what he said was an ‘error of judgement’ in attending an event, described as ‘a wedding’ with up to 30 people present. The Bastwell and Daisyfield councillor was one of nine people fined by police.

Cllr Hussain resigned as the borough’s ‘first citizen’ and suspended himself from the council’s ruling Labour group after being given the £200 fine.

At the time he said he had been called to a house in Blackburn and realised he should have refused to attend.

At the time Cllr Hussain said: “I do not want to make any excuses. I regret the momentary lapse of judgement.

“I should have known better and I accept full responsibility for my actions.”

Speaking last night he said: “It is shocking that we have someone in charge who does not fully understand the ramifications of his actions. In May 2020 at the height of the pandemic many people could not attend funerals nor see their loved ones.

“Yet, here we have the head of the country attending an illegal gathering in his own garden. As we know this was not the only time this happened.”

Cllr Hussain said it would only be fair if the Downing Street staff were named and fined for attending the event.

He said: “His actions and those of the Downing Street staff have made a mockery of the whole system.

“We have read about countless incidents over the past 18 months where police fined people for all sorts of reasons. Why is this any different?

“How does make them feel?”

Cllr Hussain joked: “Anyone including myself could say I was at a work event!”