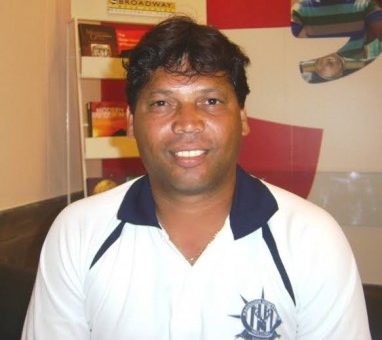 Chapman was hospitalised on Sunday night at a hospital in Bengaluru and passed away early this morning, one Indian media report read.

“I got a call from Bengaluru from one of his friends that Chapman is no more. He passed away early this morning. He was a happy-go-lucky man, always smiling and ready to help others,” Chapman’s one-time India team-mate Bruno Coutinho told PTI from Goa.

A creative midfielder, Chapman played for India between 1995 and 2001. At the club level, he had two successful spells with East Bengal and one with now-defunct JCT Mills.

A product of the Tata Football Academy in early 1990s, Chapman joined East Bengal in 1993 and scored a hat-trick in his team’s 6-2 win against Iraq club Al Zawra in a first round match at the Asian Cup Winners Cup that year.

But his best came after moving to JCT in 1995. Chapman won 14 trophies with the Punjab-based club, including the inaugural National Football League in 1996-97, and formed a formidable combination with Vijayan and Bhutia.