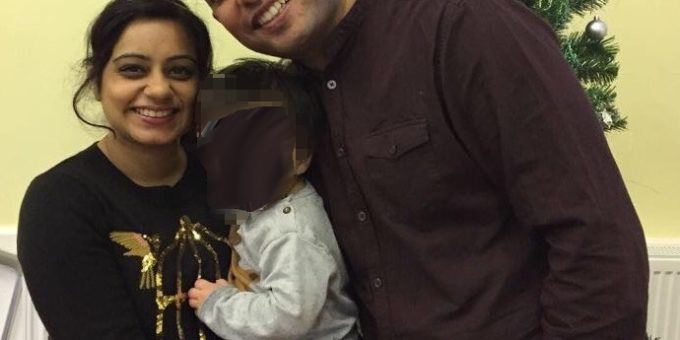 A COUPLE has received a five-figure payout and an apology from Bradford Council after the boy they planned to adopt was removed by children’s services.

Sonny and Sarita Simak, a Church pastor and charity worker, were paired with a young child who was in the care of Bradford Council in 2017 after an adoption panel approved them as being a good match.

However, just eight months later, the pair were given two days’ notice that the child, who cannot be named, was being taken away from them because ‘social workers doubted the long-term placement would work because the couple suffered from low moods and hadn’t taken advice about feeding the boy’.

Mr Simak said: “We were told very abruptly that they would come to pick him up the next day because the placement would not work. We were shocked and in the moment we were told our boy was singing happy birthday to me because it was his second birthday two days later.”

The Simaks refused to accept the claim, and their GP and health visitor said the little boy had thrived in their care.

Mr Simak added: “He was amazing, we loved him, we were family, he was calling us mum and daddy, we took him to playgroups, we took him to parks, he met his new grandparents, he was just a normal child growing up with us.

He loved his little room, he would show guests his room, he was so proud that this was where he belonged and he was a happy boy. We loved him and he loved us back.”

A year after he’d been taken away, the couple had a formal meeting in which Bradford Council apologised and said if they still wanted to adopt the boy, an independent social worker must assess them all to determine what was in his best interests.

Mr Simak added: “We went ahead with the independent report which concluded he should be returned to us as soon as possible. We kept asking for placement dates and were given dates on five different occasions. We were very patient because we would do anything for him, and kept asking if they were telling him about us, but they never let us meet him in that time.”

In April 2021 the couple received some pictures of the boy but were told two weeks later that he would not be returned to them after all as a new therapeutic assessment concluded that the boy wasn’t suitable for adoption and should stay in long-term foster care for the rest of his childhood.

Mr Simak added: “How can you do this to such a child young child? They didn’t steal him from us, they stole us from him, they stole his future.

The couple then got in touch with a solicitor, but before the case came to court, Bradford Council offered to settle the claim.

Nigel Priestley, a community care and adoption specialist solicitor, took on the case on behalf of the couple, who live in Slough, west of London.

He said: “The perverse decision of Bradford Council, in this case, has denied the child a home.  My clients had twice been matched by a panel to this child, and twice the decision has been confirmed by the agency decision maker so the independent social work report confirmed that they could more than care for this child. We’ve never seen the evidence that underpins the concerns about my client’s placement.”

“What the council has done is three things, one denied the child a secure and safe family, secondly they have committed this child to long term foster care and we all know that can have significant issues, and thirdly it has sent out a message to adopters that local authorities can’t be trusted.”

Mr Priestley added that although it is ‘welcome’ that the Council has admitted their wrongdoing, it is not ‘welcome that the child has been denied a safe home.”

A Bradford Council spokesperson said: “We know that in 2018 not all the correct processes were followed in respect of decisions relating to Mr and Mrs Simak’s case. We understand that this will have been very difficult for them as a result and we have apologised to them for this.

We cannot comment on the individual circumstances of children in our care for reasons of data protection. However, we always put the best interests and wellbeing of children placed for adoption at the core of all our decisions. When we make decisions regarding the long-term placement of a child, we take into account all assessments, including updated or new assessments.”