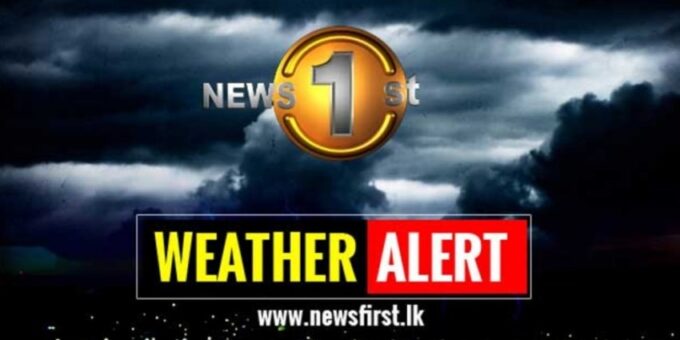 COLOMBO (News1st) : Fishermen at sea have been instructed to return to the shore due to the depression in the southeast Bay of Bengal seas.

“Naval and fishing communities have been instructed to refrain from going to sea,” the disaster management centre (DMC) said in a statement.

Waves may swell up to at least 2.5 metres and may reach the shores in areas from Mannar to Pottuvil via Colombo, Galle and Hambantota, the statement read.

Inclement weather conditions saw two people being killed and one injured as a result of flooding and earth slips, which damaged at least 394 houses in the country.

“We are expecting rains more than 150 mm in the Southern, Western, Sabaragamuwa and Central provinces,” Pradeep Kodippili, a deputy director at the DMC said.

However, he added that the depression is moving away from Sri Lanka to the Bay of Bengal.

“The people have been advised to prepare disaster packs containing their valuables and essential documents if they have to vacate their homes,” Dr. Kodippili noted.

He said that the public can contact the DMC on its hotline 117 to notify or seek advice during the inclement weather.