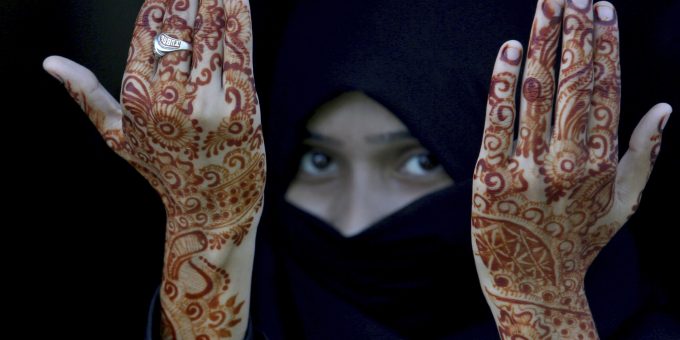 The festival of Eid to celebrate the end of the month of Ramadan will take place from Thursday.

Ramadan can last 29 days or 30 days and depending on the moon cycle. Some Muslims in the UK began fasting on April 13 and others on April 14 so Eid may fall over two days on both Thursday and Friday for communities.

Saudi Arabia’s moon-sighting committee revealed that the crescent moon marking the beginning of new month had not been sighted so Eid will be Thursday.

The festival of Eid comes as the UK government’s next step out of lockdown comes into effect on May 17. This comes tantalisingly too late for those celebrating the end of Ramadan. Families will have to wait three days until they are legally permitted to get together.

From next Monday, hugs between people from different households in England will be allowed for the first time in months. Traditionally people hug one another after prayers at at mosques.

People will be able to meet outdoors in groups of up to 30. Family gatherings on Eid are therefore banned until May 17.

People will be able to meet indoors in groups of six, or two households. People are not permitted to visit each other’s homes on Eid day but can do from 12.01am on Monday May 17.

But for some people the rules were not something they were too bothered about at this stage.

Azim who is hoping to see his wider family members again said: “I can’t see the point of the rules. It has been a long month of fasting and an even longer time in lockdown.

“People have not been out like everyone else during Ramadan so are we really going to wait a few days? Officially, I will be following all the rules this week.”

Mum-of-two Shabnam was not concerned of the wait, “We have all waited for so long so an extra few days is not going to hurt anyone.

“I think we have got used to behaving in a certain way so people don’t mind so much. It is a lot better than last year when nobody was allowed out.”

Commons committee asks whether military has sexist double-standard on fraternization

Coronavirus in the UAE: Government Confirms Availability of Detergents and Sanitizers
2020-03-17