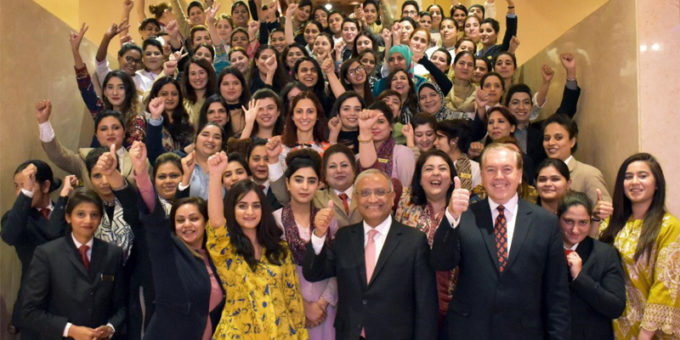 Films that have been created by women film makers include ‘Zahida by Seemab Gul’, ‘Vote for X by Tazeen Bari’, ‘Fruit Chaat by Tanzial Khan and ‘Mard Ban by Aurelie Salvire’.

The festival has been organised with the support of German Cooperation in Pakistan, Austrian Embassy, Foundation of Arts, Culture & Education while FM91 was an official media partner for the festival.

WIFF Founder and Director Madeeha Raza said unlike the previous years, more films made by the Pakistani female filmmakers, based on local stories, would be screened during the current festival.

A film each from Afghanistan, Austria, Bangladesh, Germany, and India would also be showcased during the festival, Madeeha Raza said.

This year’s film festival is scheduled to take rounds of different university campuses across the twin cities, as well as travel Peshawar for the first time, while public screenings will be held at the FACE (Foundation of Arts, Culture, and Education) in Islamabad with an elaborate programme of showcasing 14 films over two days.Over the years, the WIFF tried to fill the gender gap in film, besides widening appreciation for independent cinema, by creating a platform for diverse storytellers from all over the world, including countries like Afghanistan, Bulgaria, France, Iran, Italy, Japan, Spain, Sweden, and the United States.

These Are the Bedside Concerts Comforting Virus Patients
2020-05-03