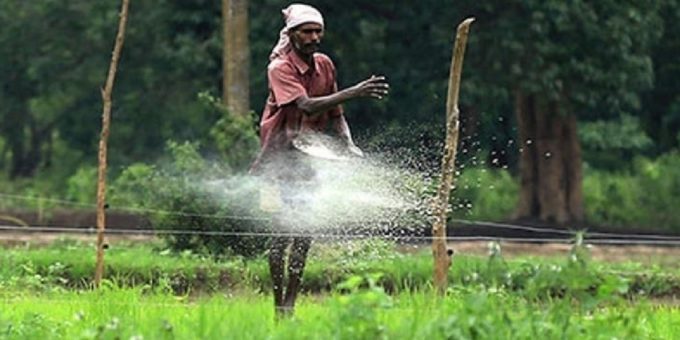 COLOMBO (News 1st); Against the backdrop where Sri Lanka has not received the Chinese fertiliser but is ready to pay the compensation of 6.7 million dollars, farmers gathered at a store in Dambulla on Thursday (30) to purchase fertiliser.

This is a time where Sri Lanka is experiencing a never-ending cycle of queues whether it be gas, kerosene, or essential food items. The latest is fertiliser.

Many farmers were lining up to buy fertiliser from the crack of dawn in order to save their remaining crops.

Non-stop complaints were a common sight when our correspondents captured the farmers’ grief as some said that they had to pay six times more the price they paid earlier for just a bag of fertiliser. Another disappointed farmer said they’ve got liquid fertiliser which is of no use as the crops turn white when used.

An annoyed farmer pointing at some red phosphorus said that it is mixed with a reddish powder and full of salt, later he mockingly said that it can be added to rice rather than using it on crops.

Farmers’ Organizations and the Maha Sangha in Nuwara Eliya filed a complaint at the District Secretariat on Friday (30) claiming that several types of fertiliser are being sold at the market without a maximum retail price.

They demanded a solution to the issue.

Venerable Dambagolle Somananda Thero who is the Registrar of the Shasanarakshaka Bala Mandalaya (Nuwara Eliya District) said, that everyone is under the impression that the fertiliser problem has been solved and even though the authorities have given fertiliser they are being sold at various prices, which is a massive problem for the innocent farmers of this country.

A bag of fertiliser that was sold at Rs. 1,500 by the government is now sold between Rs. 8,500 to Rs. 12,000. Chemicals are sold at the prices the traders wish. Isn’t there a government in Sri Lanka? said Farmers’ Organisations Representative Neil Hettiarachchi.

He further noted, when the farmers argue, the authorities hide the stocks and inform them that there is no fertiliser.

Hettiarachchi questioned, ” are the traders controlling the country? If the prices are skyrocketing in such a manner, what is the point of a government being in power?”.

These companies have declared permanent WFH for all employees