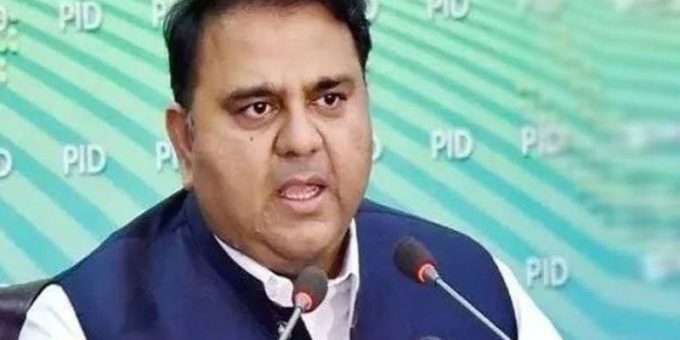 Federal Minister for Information and Broadcasting Fawad Chaudhry in reaction to a viral video of voters being allegedly bribed ahead of Lahore’s NA-133 by-election, has asked whether “buying votes for Rs2,000” is how respect is accorded to the vote.

His remarks, during a rally in Pind Dadan Khan, Jhelum, were in reference to the PML-N mantra “vote ko izzat do”, meaning “respect the vote”.

The war for votes between PML-N and PPP in Lahore’s NA-133, where a by-election is due on December 5, has gone beyond the constituency to social media, where a viral video appeared to show voters being bribed by party members.

Both parties have blamed each other’s workers for the alleged move.

“Is buying votes for Rs2,000 respecting the vote?” Chaudhry asked.

He accused PML-N of contesting the elections with the lure of money.

He said that the PTI is currently focusing its energies on the local government elections.

“We are not worried about the next general elections. Currently [our] focus is on the local government elections,” Chaudhry said.

He said that the PTI will complete the current tenure and claim victory in the next general election as well.

The information minister went on to say that PML-N and PPP “become the most panicky” whenever there’s talk of introducing electronic voting machines.

While referring to the ongoing controversy regarding the recently leaked audio clip allegedly featuring former chief justice Saqib Nisar, Chaudhry said that “whenever a case against PML-N supremo Nawaz Sharif or PML-N Vice President Maryam Nawaz is scheduled for hearing, something is leaked”.

“PML-N should start making films instead of [participating in] politics,” the minister said, in further criticism.

Chaudhry said that the state’s institutions cannot be blackmailed and that “PML-N doesn’t have any choice except for providing receipts or going to jail”.

Speaking about PPP, the minister said that the party “doesn’t have votes anywhere else except for interior Sindh”.

“PPP is no more the party Benazir Bhutto formed. It is the party of Asif Ali Zardari and Bilawal Bhutto-Zardari,” he added.

Case Against Samajwadi Party Leader Chhavinath Yadav, 5 Others For Casteist Remarks In UP

Rakul Preet Singh says she didn’t want to ‘hide’ her relationship with Jackky Bhagnani: ‘But do I want it to be a talking point…?’
2022-05-22