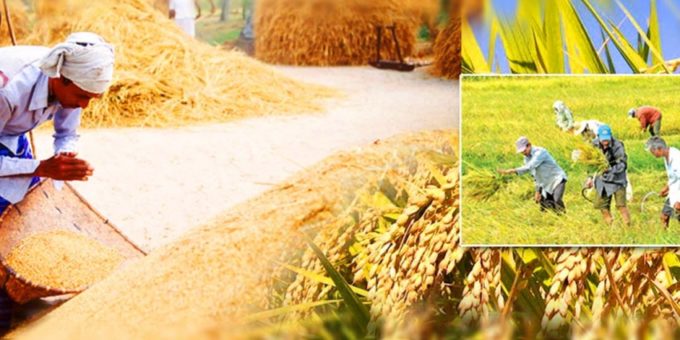 COLOMBO (News 1st); The fertilizer problem of the farming community has not been solved yet as the urban population is queuing up due to the shortage of essential commodities.

However, the Government already commenced purchasing paddy for the Maha season on 31st January.

Commenting to the media, the Chairman requested the farmers to extend their support to the Government by providing the required paddy for the purchases.

The Chairman of the Paddy Marketing Board stated hat the paddy purchasing program in Ampara proved to be successful, with approximately 1500 metric tons of paddy being purchased daily.

Speaking further, he pointed out that Nadu Samba and Kiri Samba, which are generally priced at Rs. 50, 52 or 55, have increased in price this time. According to him, currently, Nadu costs Rs. 90, Samba Rs. 92 and Kiri Samba Rs. 95. In addition, the farmer receives another 2 rupees for processing and transport at 2 rupees per kilo.

Further, he stated that the stocks of paddy can be brought to farmers’ organizations, warehouses, and farmers can even hand them over to agents.

A mechanism has been implemented for the Paddy Marketing Board to visit the village and make purchases as well, he added.

Sneaker trends for 2022 – Times of India

Pictures From a Revolution: China’s Communists Mark a Centennial
2021-07-01