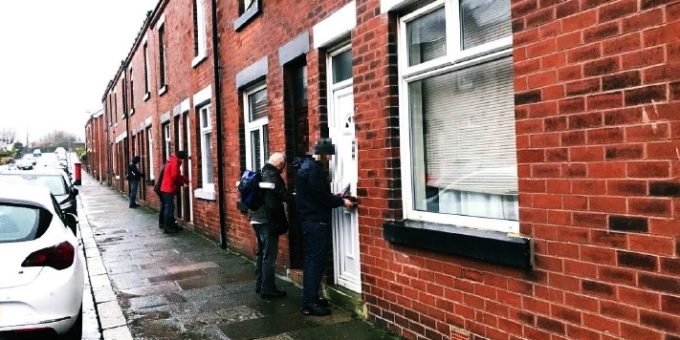 A FAR-RIGHT group has been accused of trying to spread ‘poison’ in Barrow by delivering leaflets opposed to Afghan refugees entering the country.

Members of Patriotic Alternative said they delivered around 1,500 leaflets to areas in Barrow, drawing strong condemnation in the community.

Barrow’s MP Simon Fell has led criticism of the group’s actions, saying people in the town were welcoming of refugees.

He said: “This ‘protest’ stands in stark difference to the many hundreds of emails and messages I received from people across Barrow and Furness following the evacuation of Afghanistan, where people offered up their homes, money, clothes and good will to those who have risked their lives and supported British troops in Afghanistan.

“I know that people will see through yet another attempt by the far right to spread fear and poison in our community.”

The far-right group is led by Mark Collett, who appeared on a Channel 4 documentary entitled Young, Nazi and Proud and wrote a book in which he described Hitler’s Nuremberg rallies as ‘something that one would have been proud to be a part of’.

The group drew criticism from anti-racism campaigners in Cumbria when it held its annual conference at a hotel in Levens earlier this year.

The letters ‘PA NW’ were also scrawled on the Cenotaph in Barrow Park next to what appeared to be a Swastika in July.

Paul Jenkins, an organiser in the Barrow and south Cumbria branch of Unite Against Fascism, condemned the group’s return to south Cumbria.

He said: “PA is a fascist organisation.

“It was PA that was disgracefully vandalised on the Cenotaph in Barrow which remembers people who fought against the Nazis.

“The people of Barrow are anti-racist and have shown they welcome refugees.

“Refugees are not to blame for lack of housing or anything else.”

The deputy leader of Patriotic Alternative, Laura Towler, said the leafleting was organised by the group’s members in the North West.

Director Nadeem Baig Opens Up About His Bond With Humayun Saeed