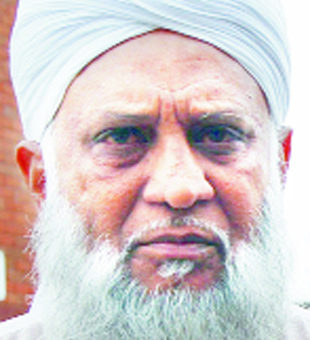 Covid-19 has claimed the lives of a couple within a month.

Tributes have been paid to a highly respected Islamic school principal and his wife who both died within weeks.

Nizamuddin Makda, was an Islamic school principal and teacher in Blackburn and died on January 13 aged 69. His wife Rashida Nizam Makda of Cambridge Close died on 20 December 2020 aged 63. Mr Makda was admitted to hospital on Christmas day.

Also this month, Mohammed Qurban of Accrington Road and wife Nazir Qurban died within seven days of one another.

The burials all took place at Pleasington Cemetery.

Mr Makda was a former principal at Al-Islah Girls’ High School up until 2008, helping to establish the school and madressa in the nineties. He was also a respected religious cleric whose advice was sought by many in the community.

The family paid tribute to their caring parents. A family spokesperson said, “We have quite a number of people contacting us to pay their respects and it shows how well known across the region.”

Mr Makda worked as a bus driver in the eighties and went on to spend time in Rochdale where he began to take a keen interest in the community focussed projects.

The family told us, “My father became heavily focussed in Islamic and religious education through his work at the Noorul Islam Mosque and the Al-Islah school.

We have been inundated with tributes from former colleagues and pupils.

He was always at hand to help those in the community who needed assistance.

“He later spent a lot of time raising money for charitable projects in Malawi and on a visit there recently I saw for myself the amount of good work he had helped to complete. He was passionate about helping the less fortunate.”

“We know a lot of people would have liked to pay their respects in person but we would ask everyone to adhere to the rules as my father would have wanted. Please remember our parents for all the good they did for the community.”

Earlier this month another husband and wife died within one week of one another.

Trapped Chinese miners say thanks for medicine, call for sausages
2021-01-19