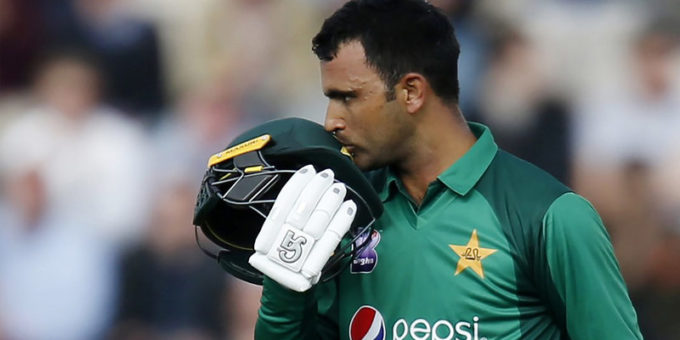 Opener Fakhar Zaman has hinted that changes in the Pakistan squad for the upcoming ICC Men’s T20 World Cup are imminent.

He is
hopeful to make a place in it after being left out when the roster was
announced initially last month by chief selector Mohammad Wasim.

According
to recent reports, the Pakistan Cricket Board is considering making changes to
the squad before the October 10 submission deadline.

Fakhar was
declared the man-of-the-match for scoring 49 off 32 balls for Khyber
Pakhtunkhwa against Sindh in their National T20 Cup match on Thursday.

His
contribution helped the defending champions dealt Sindh with their first defeat
of the domestic T20 competition and the match by six wickets.

It was
Fakhar’s first big score in the tournament, which is set to play a crucial role
in deciding who travels with the Pakistan squad to the United Arab Emirates and
Oman after two weeks for the T20 World Cup.

“It is very
important to score runs at this stage, the World Cup is not far away,” Fakhar
said after the match.

The
Mardan-born southpaw was dismissed in the eighth over by leg-spinner Zahid
Mahmood. He said he wanted to last longer at the crease.

“I was trying to score and I was successful as
well but it would have been better if I finished the match,” Fakhar said.

He revealed
that he played with an injury for most part of his innings after his thumb got “almost
burst”. The opener said he has been advised a rest of four to five days by the
doctor.

However,
the injury resulted in an increased strike-rate for Fakhar after KPK skipper
Mohammad Rizwan denied his request to get retired-hurt.

“I went for
hitting only because playing slow was not really helping me,” revealed Fakhar. “I
also asked Rizwan if I could go out but he said that we should avoid exposing a
new batsman at least for the next six overs.”

Fakhar’s
knock took him to 76 runs in three outings at the National T20 Cup.

With
skipper Mohammad Rizwan losing his wicket early and Fakhar giving KPK a solid
start, it was Sahibzada Farhan who boosted the team’s pursuit of the 151-run
target set by Sindh adding a valuable 45 off 30 balls.

“Sahibzada
Farhan is a very talented player. All players face bad patches, but he has
worked hard,” said Fakhar about the right-hander. “I hope he continues to
perform for KPK and also makes it to the Pakistan team in the future.”

Fakhar said
the secret behind KPK’s success is the culture of the sport in the province and
his teammates’ ability to not switch off during matches.

“Cricket in
KPK is tough, players of that region work very hard,” said the 31-year-old. “In
the KPK team we always come with an approach that we can’t relax for even one
ball while batting or fielding.

“We’re also
lucky because all our first-eleven players have the ability to perform at any
point in the match.”

What Happens If The United States Defaults On Its Debt?