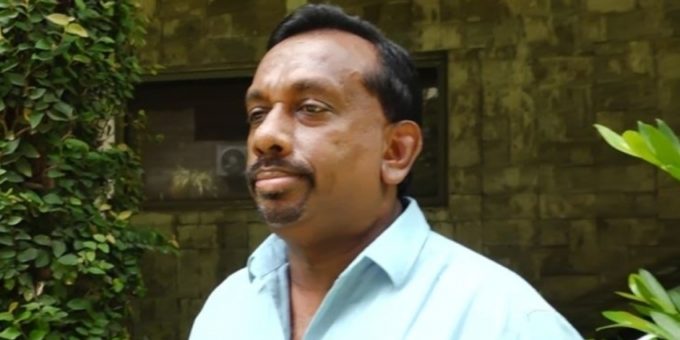 Sri Lanka is attempting to avoid a diplomatic spat with China, after Organic Fertilizer samples from China’s Qingdao Seawin Biotech Group Co., Ltd. tested for the presence of harmful pathogens, not once, by twice in tests carried out by Sri Lanka’sNational Plant Quarantine Service.

Sri Lanka’s Agriculture Minister Mahindananda Aluthgamage on Wednesday (27) stressed that the Chinese Organic Fertilizer, already en-route to Sri Lanka, will NOT be re-tested under any circumstance.

However, the minister said a fresh batch of organic fertilizer samples prepared to meet Sri Lanka’s standards will be directed for tests at a third-party laboratory, that can be accepted by both sides.

On the 23rd of September 2021, the HIPPO SPIRIT (Bulk Carrier) started sailing from Qingdao Seawin Biotech Group Co., Ltd. to Sri Lanka with 20,000 Metric Tonnes of organic fertilizer, which was already rejected by Sri Lanka.

Sri Lanka’s Agriculture Ministry not only rejected the Chinese Fertilizer, but also went to the extent of issuing an order to deny entry to the ship carrying the consignment from entering Sri Lankan ports.

However, on Tuesday (27), Qingdao Seawin Biotech Group Co., Ltd. the supplier of Organic Fertilizer to Sri Lanka requested both parties to entrust the world’s most authoritative and the No.1 third-party testing organization (Swiss SGS group) to re-sampling as soon as possible to test whether the samples are contaminated by Erwinia.

Against this backdrop, the Ceylon Fertilizer Company Limited obtained an Enjoining Order against the Chinese company, Qingdao Seawin Biotech, its local agent and the People’s Bank.

The order has prevented the People’s Bank from making any payment under a Letter of Credit opened in favour of the Qingdao Seawin Biotech Group Company Ltd.

The National Plant Quarantine Service said such decisions place Sri Lanka in an embarrassing situation, in the presence of the international community.

On the 17th of September Sri Lanka’s Minister of Agriculture confirmed for the first time that a microorganism identified as ‘Erwinia’ was discovered in samples brought down to Sri Lanka from Qingdao Seawin Biotech Group Co., Ltd.

This was after Director-General of Agriculture Dr. Ajantha De Silva on 28th September confirmed that Harmful Bacteria was detected in a fresh sample (2nd batch) of Chinese Organic Fertilizer.

It was after these developments that the  Ceylon Fertilizer Company Limited had got a court order to block payment to Qingdao Seawin Biotech over the shipment of organic fertilizer which was contaminated.