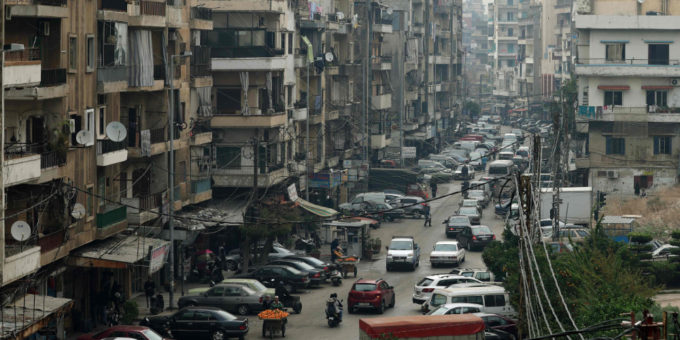 BEIRUT: While hardly a day passes in Lebanon without a car being stolen, a house being burgled or a pocket being picked, figures suggest that in recent times there has been a sharp rise in more serious crimes in the country, including kidnapping, extortion and even murder.

The General Directorate of the Internal Security Forces said on Jan. 12 that two Lebanese men, both aged about 26, had been arrested in Beirut after sending a fake parcel bomb to a property in an affluent neighborhood in Ashrafieh and then demanding money not to detonate it.

The authority said that after “an unknown individual, wearing a hat, a mask and gloves” delivered the package, the recipient received a call telling him it was an explosive device and that it would be detonated if he did not pay $50,000.

Instead of paying up, the man threw the parcel into an abandoned building near his home and called the police. Experts examined the item but found no explosive materials.

The ISF identified two suspects and arrested them. One said he had taken his inspiration for the extortion attempt from a movie he had seen. He chose a wealthy man for whom he had some work after the 2020 Beirut port explosion as his intended victim.

According to a report released in November by Information International and based on ISF statistics, the numbers of murders and thefts in Lebanon have increased significantly amid the economic and social collapse in the country.

A security source told Arab News: “We have been seeing new types of theft targeting car tires, copper wire and manhole covers, some of which belong to public facilities and others to private ones. After the perpetrators were arrested, they did not turn out to be dangerous criminals.”

Other cases are more serious. On Jan. 12, Abbas Al-Khayyat was released after being kidnapped four days earlier in the Koraytem area of Beirut by a group of people claiming to have links to the security services. His family later received calls from the kidnappers outlining their demands, the details of which were kept secret until his release.

“Al-Khayyat’s kidnappers took him to an area near the border with Syria where they beat and tortured him,” the security source said.

“Following raids carried out by army intelligence agents in the area, the kidnappers fled on Wednesday morning in Al-Khayyat’s car. He was later found and taken to a hospital in Beirut for treatment.”

In another case, Adnan Dabaja was held for seven months after being kidnapped from the town of Qaraoun in the Bekaa Valley. He regained his freedom after reportedly paying a large ransom.

Similarly, the family of Abdullah Saeed Taha paid a ransom demand of $300,000 for his release after he was held for several months in a Bekaa village. But after paying the money, the gang continued to blackmail the family, demanding $10 million.

A local source said kidnap gangs were from the Baalbek-Hermel region and moved freely on the border with Syria, which is practically controlled by Hezbollah.