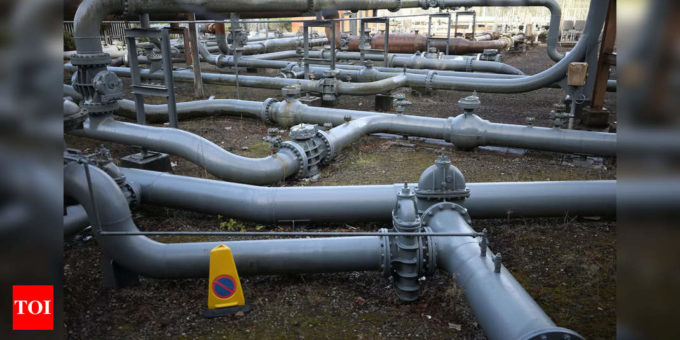 PARIS: Prices for gas and electricity are soaring in Europe as winter approaches, forcing governments to react. Here is what’s behind the winter increase:
European reference prices for natural gas have quadrupled in just six months, with the International Energy Agency (IEA) identifying a number of factors behind the surge.
On the demand side, the global economic rebound from coronavirus shutdowns has increased gas usage, while stocks were left low after a long, cold winter that prompted Europeans to heat their homes more.
Supply has been hit by lacking maintenance during the pandemic and aging infrastructure. Deliveries by pipeline from Russia have been slowed by engineering work and an August fire.
And liquid natural gas (LNG) imports from Asia are failing to fill the gap as demand is also high there.
Consumers as well as businesses have been hurt by the price surge, with ratings agency Fitch warning fertiliser makers and agribusinesses are especially exposed.
The British government on Tuesday said it would step in to pay CF Fertilisers to restart two factories that had become unprofitable, as their by-products include carbon dioxide vital for the wider food industry and other applications.
Records are also tumbling on electricity markets, with 2022 contracts reaching 109 euros ($128, £97) per megawatt-hour in France, 112 in Britain and 105 in Germany.
“Essentially 1-year forward baseload power prices have nearly doubled in most major power markets and are now at their highest level ever,” Barclays bank analysts wrote in a research note.
They highlight two reasons for the increase: an 80-percent rise this year in prices for carbon emissions permits as the European Union ups its climate ambitions for 2030, and knock-on effects from more expensive coal and gas used to generate power.
“Gas prices could remain high until the end of the winter heating season, given low levels of natural gas in European storage facilities,” Fitch analysts wrote in a note published Wednesday.
And the IEA warned that “the European gas market could well face further stress tests from unplanned outages and sharp cold spells, especially if they occur late in the winter”.
The Paris-based body on Tuesday urged Russia to pump more gas to Europe, as Moscow faces accusations it is holding back until a divisive new pipeline to Germany is given regulators’ green light to begin operating.
US Energy Secretary Jennifer Granholm on Wednesday attacked “players who may be manipulating supply in order to benefit themselves,” while stopping short of naming Russia.
While London has stepped in to support CF Fertilisers, several other countries have also intervened.
In Spain, a special tax on electricity will be lowered for businesses and consumers, while France will issue a 100-euro energy coupon to almost six million less well-off households.
Portugal has intervened on electricity prices and Italy is considering a similar move.
But while the European Commission says it is in talks with member states, there has been no action from Brussels so far.
Energy prices are rising in the US, where some sectors are nervous despite the measure of protection afforded by domestic shale gas production.
The Industrial Energy Consumers of America business grouping called on the government to throttle LNG exports to keep the country’s reserves full.
Pressure on gas is also lower in Asia, although Barclays predicted that “demand for LNG is likely to remain strong in Asia ahead of the Beijing Winter Olympics” in February — likely keeping European prices higher as a knock-on effect.