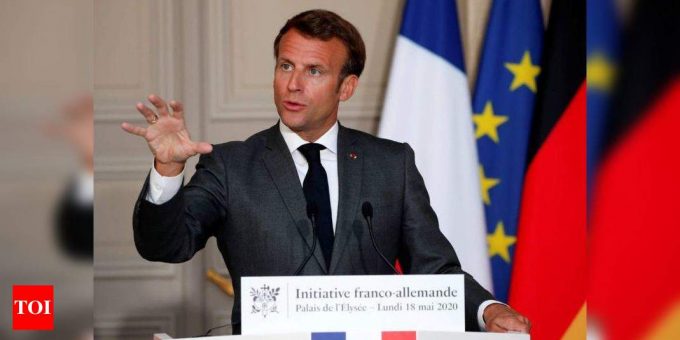 NEW DELHI: Nearly a dozen countries including Germany, France and Italy have all temporarily suspended their use of AstraZeneca’s coronavirus vaccine after reports last week that some people in Denmark and Norway who got a dose developed blood clots, even though there’s no evidence that the shot was responsible.
Here news agency Associated Press answers some of the questions surrounding the AstraZeneca vaccine.
What happened?

Is there any proof the vaccine is responsible?
No. The European Medicines Agency says there is “no indication that vaccination has caused these conditions.”
The EU regulator said the number of reports of blood clots in people who received the AstraZeneca vaccine was no higher than for those who hadn’t gotten the shot.

So why did they stop the vaccination?

Is this a concern with other Covid-19 vaccines?
The EMA is currently examining whether Covid-19 shots made by Pfizer-BioNTech, Moderna Inc. and AstraZeneca might be causing low levels of blood platelets in some patients, a condition that could lead to bruising and bleeding.
Has AstraZeneca run into other trouble?

So what are experts telling people to do?
The WHO and the EMA — as well as regulators in several countries — say people should continue to be immunised and that the small risks of getting vaccinated far outweighs any potential harm.
“The safety of the public will always come first,” said Britain’s drug regulator. “People should still go and get their COVID-19 vaccine when asked to do so.”