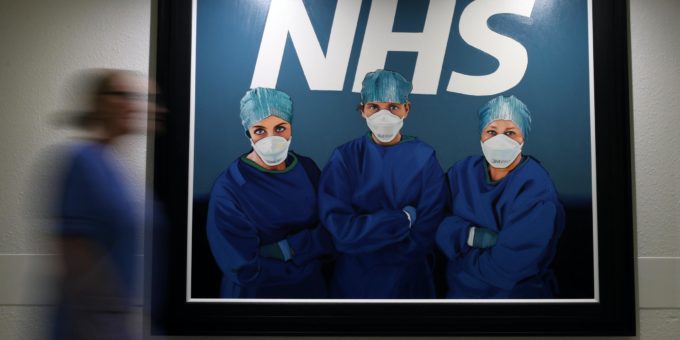 As the number of coronavirus cases in the UK continues to rise, health and care staff say they are stretched, exhausted and scared of what a second wave might bring.

One major concern for staff is a lack of reliable testing.

Those cared for at the home are tested for the virus every 28 days, with staff tested weekly. However, a backlog at the UK’s laboratories means Mr Walls has only ever had one Covid test result returned, three weeks after he sent it off.

In July, Amnesty International revealed the UK has recorded one of the highest Covid-19 health worker death tolls in the world, at more than 540 fatalities.

Mr Walls told the PA news agency: “It’s scary because we know it is going to come and it feels like it is only going to be a matter of time until we get our own problems within our own nursing home and within the group.”

“The Government has given out mixed messages to care homes and that is difficult to follow.

“People are not abiding by those messages and we are seeing the fruits of that now.”

He said he dreads the day Covid finds a way back into the home, adding: “I know I am just as apprehensive and scared as I was in March because it’s just an unknown quantity.

“It will come to care homes and nursing homes, and I know some homes have been decimated by it.”

One doctor, from a north London A&E department, told PA he felt no safer this time around, despite having previously had the virus.

He said: “Even though we have PPE, it’s the same level of PPE we were wearing last time.

“I try not to think about whether I am safe, I just focus on my patients.”

The doctor, who asked not to be named, said the number of patients presenting at his hospital with Covid has begun steadily increasing: “It feels like that is exactly what it was like last time.

“It was this trickle that became a stream, that then became a flood, and I feel like I am definitely now in the stream.”

He said there was a “limited number of things” that frontline staff could do for medical patients.

“It almost feels like, rather than being their doctor, I am their witness. I am just witnessing them getting worse.

“There is nothing in my medical knowledge that changes the fact that they are getting worse.

“I think as a clinician it’s normal to see your next patient and think of your last one. We have had so many Covid patients as the new ones start coming in, it’s natural to think of all the lives lost and all the patients who haven’t made it and how similar they looked, and how sick they were and in many ways how nothing has changed.”

Layla McCay, a director at the NHS Confederation who has been leading on Covid and Brexit, insisted staff should be safer this time around.

With systems now in place to manage infections, she said: “Partly that is because there is a much greater understanding of what types of infection control are needed.

“The NHS has learned from experience, it’s a bit more prepared this time around.

“The whole infrastructure had to change to keep staff safe.”

Pakistani Celebrities Who Are Not Happy With Tik Tok Ban

Businesses faced ruin from the pandemic. Then Canada came calling for vital supplies
2020-12-30