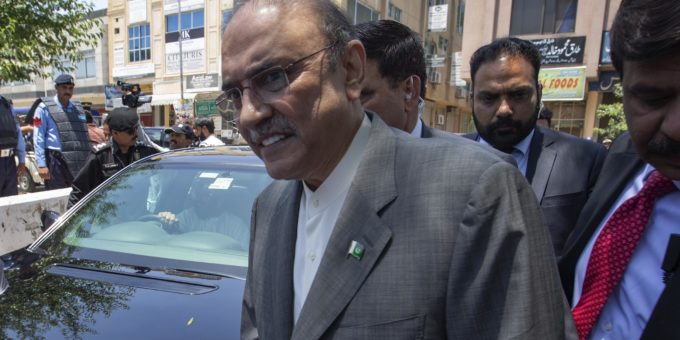 Monday’s development came hours after a court in Islamabad rejected a request by Zardari and his sister Faryal Talpur for an extension of their bail that would have allow them to remain free pending trial in the case.

The court’s decision paved the way for the National Accountability Bureau to arrest the two.

However, the anti-corruption body did not arrest Zardari’s sister and no explanation was given.

Zardari, currently a politician in the lower house of Parliament, and his sister, also a politician, have been accused of having dozens of bogus bank accounts.

Earlier on Monday, the two attended the court hearing amid tight security.

Get involved with the news in your community

Adani coal mine gets the green light

Sakina Samo Is Also Coming Out With A Film