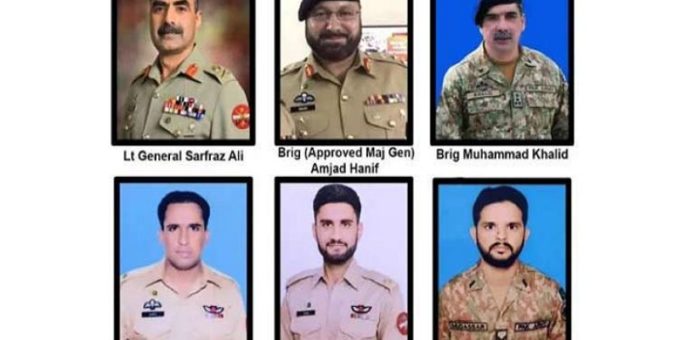 The government has decided to arrest all the people behind the negative propaganda against Lasbela helicopter crash on social media, national media reported.

They added that a campaign was launched against the Pakistan Army by the workers of a political party and Indian social media accounts actively participated in it. The investigations show that at least 17 Indian accounts were linked to the campaign.

The development follows after Prime Minister Shehbaz Sharif characterised the campaign as “horrifying”.

“The social media campaign belittling and ridiculing the sacrifices of our martyrs was horrifying,” he wrote in a message on Twitter.

The prime minister attributed such vitriol to “self-righteous political narratives”.

“They poison the minds of the youth and weaponise hate speech. Which way are we headed?” he asked.

Jammu And Kashmir May Get 25 Lakh New Voters Including Outsiders, Local Parties Hit Out