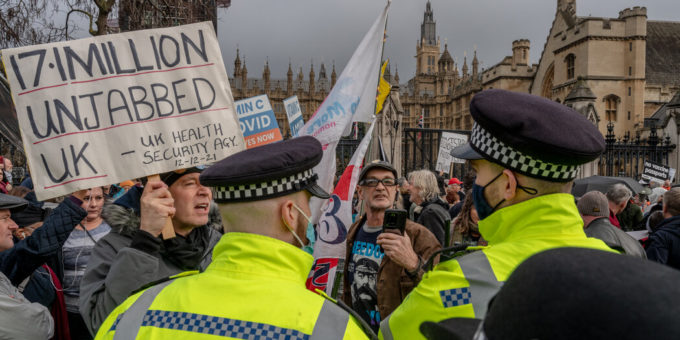 Libertarians have reacted with outrage, invoking fraught, if familiar, historical analogies. “This is not Nazi Germany,” one Conservative lawmaker, Marcus Fysh, told the BBC. “It’s the thin end of an authoritarian wedge.”

Graham Brady, chairman of the influential 1922 committee of Conservative backbenchers, described Mr. Johnson’s plan in the Daily Telegraph as “the government’s latest authoritarian nonsense” and a “disastrous assault on liberty.”

Other lawmakers argue that Covid certificates have been ineffective in other countries that have tried them, including Scotland, and will have a disastrous impact on the economy. “‘Just in case’ isn’t good enough to destroy more jobs and lives,” Craig Mackinlay, a Conservative lawmaker, wrote on Twitter.

For public health experts, Mr. Johnson’s weakened political standing has dire epidemiological implications. Devi Sridhar, head of the global public health program at the University of Edinburgh, said it was “politically difficult for the PM now to have any authority to put in place necessary protections.”

Even if Omicron is less severe than other variants as some early research indicates, Professor Sridhar said, it will still cause significant economic disruption since people who are infected would have to isolate at home for seven to 10 days.

On Tuesday, the government relaxed one restriction, removing 11 countries from its “red list,” which requires travelers to quarantine in a hotel after they arrive in Britain. The decision, which applies to Botswana, South Africa and nine other African countries where Omicron surfaced early on, essentially acknowledges that the variant is now so widely found that the restrictions no longer matter.