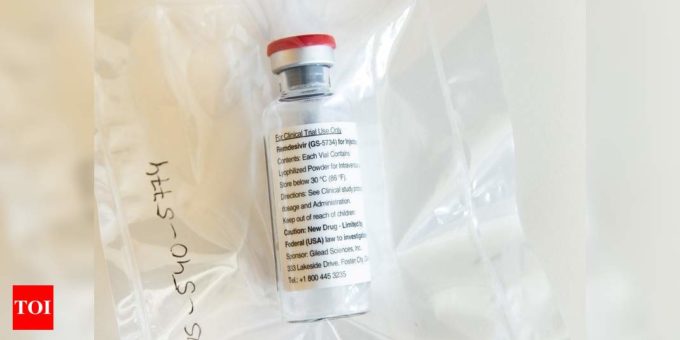 BRUSSELS: Gilead Sciences said on Thursday it had agreed to sell Europe up to 500,000 courses of its antiviral drug remdesivir, as the continent scrambles to shore up supplies of one of only two drugs approved to treat COVID-19 patients.
The deal will cover purchases of the drug for the next six months for the 27-nation European Union, Britain, six Balkan countries and the other European Economic Area countries – Iceland, Liechtenstein and Norway.
Several European countries have said they are experiencing shortages of the drug, whose global stock has been secured almost entirely by the United States.
Spain, one of the countries with the highest number of infections in Europe, had nearly 10,700 people hospitalised for Covid-19 as of Tuesday.
Payments will be made by the countries that need the drug. The agreement includes an option to extend the time period.
The European Commission, which has overseen joint purchases of vaccines in the EU, agreed only on Friday to top up its initial 30,000 courses of treatment with additional doses to cover 3,400 patients.
Gilead said the new agreement replaced the initial deal financed by the Commission’s Emergency Support Instrument and intended to cover from August to October. It said it would begin fulfilling orders from next Monday.
The Commission said it was preparing further joint procurement procedures for equipment needed during the pandemic – vaccine carriers, waste containers, injecting devices, personal protective equipment and anaesthetic consumables.

Stolen Mao Zedong scroll ‘worth millions’ found cut in half

What Is Akki Roti, How To Make This South-Indian Crispy Rice Flat Bread At Home
2019-12-12