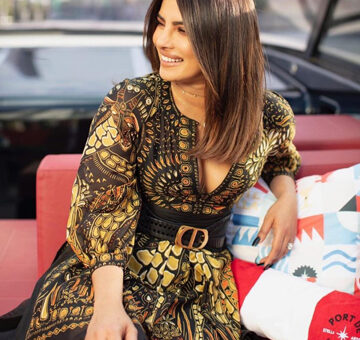 Turkish actress Esra Bilgic has won the hearts of millions of people across the world with her stellar performance in popular drama series “Dirilis: Ertugrul”, which is also known as Turkish “Games of Thrones”.

The drama series started airing on state-run Pakistan Television (PTV) on the directives of Prime Minister Imran Khan in Ramadan.

Esra, who plays Halime Sultan, was recently criticized on social media by some of her new Pakistani fans for wearing what they called “inappropriate” dress.

Esra was among few international celebrities who had called out Indian actress Priyanka Chopra for supporting war against Pakistan after IAF strikes.

The Turkish actress also condemned the wife of Nick Jonas for insulting a Pakistani-origin woman who had called out Priyanka for her tweet at a public event.