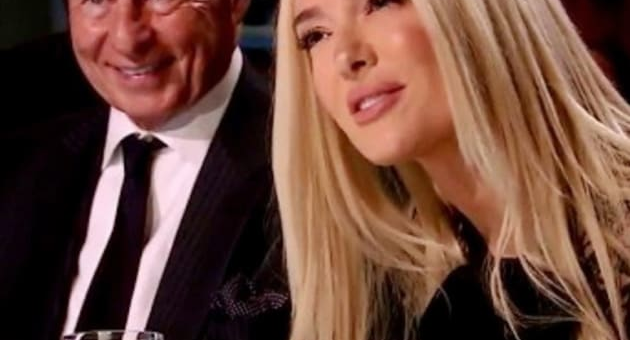 Tom Girardi is under fire, accused of fleecing millions from his clients.


Many eyes are also focused upon Erika Jayne, despite her divorce filing last year.


The scrutiny has only intensified after a recent Hulu documentary walked the world through the accusations.


Erika’s attorneys have deserted her, and the attorney pursuing her husband is aiming to take everything from the couple.


Jay Edelson is the attorney who has filed a class-action lawsuit against Tom Girardi.


On Wednesday, Jay was a guest on the Reality Life with Kate Casey podcast.


There, the conversation turned to Erika … and her alleged complicity in Tom’s scandal.


“We believe we’re going to be able to prove that Erika was incredibly involved,” Jay announced.


He accused Erika of being involved “in not just the law firm, but also, he was loaning money to her company.”


Jay added: “10s of millions of dollars to her company.”


“And we think that money came from client funds,” Jay expressed.


He vows that he and the entire legal team will “look into all of that.”


Jay added that “that’s all going to be, you know, part of proof that we showed to a jury.”


Jay intends to show the court “that she was knee-deep in this fraud.”


“And I think that’s going be hard for [Erika] to convince a jury of,” Jay expressed.


Jay has claimed that Tom Girardi pocketed settlement money from clients after winning court victories on their behalfs.


This money, he accuses, was used to fund his lavish way of life and Erika’s.


“She was basically taking client funds and using it to fund her lifestyle,” Jay declared.


He continued “that means that we’re going to be able to get whatever possessions she has back.”


Jay said that Erika’s possessions could be seized “in order to pay off any sort of judgment.”


According to Jay, Tom and Erika are currently “on the verge of financial collapse.”


“And,” he continued, “locked in a downward spiral.”


Jay described this as a spiral “of mounting debts and dwindling funds.”


Jay didn’t stop there, either.


He also asserted that Erika’s divorce from Tom is simply a “sham.”


He believes that it was concocted to shield some of their financial assets from the lawsuit.


“There’s no exception of, you know, this is a valuable piece of artwork,” Jay described.


“I mean, it gets really nasty when you get a judgment and someone doesn’t want to pay,” he detailed.


Jay added that “you literally can depose them and say we want to go through your purse, take out the possessions in your purse.”


Jay continued: “you know that is no longer yours.”


it sounds like he has definite plans about how to represent his clients if this case goes that way.


That sounds … potentially painful for all parties involved, honestly.


It is claimed that Tom is broke.


The family also says that Tom is struggling with memory loss.


We of course want to emphasize that Erika has not been charged with any crimes in this matter.


However, she is being represented in the lawsuit.


Unfortunately, she just encountered a complication.


It has been reported by multiple outlets that Erika’s attorneys have deserted her.


Her lawyers with Dinsmore & Shohl LLP filed paperwork early this week to withdraw their representation.


Notably, this took place almost immediately after the airing of the documentary about Tom and Erika’s scandal.


“The relationship of trust and confidence that is essential to a properly functioning attorney-client relationship has broken down,” the attorneys claimed.


“And,” they continued, “in the good faith assessment of counsel, the relationship is irreparable.”


“Withdrawal is appropriate under such circumstances,” the attorneys alleged after notifying Erika on Monday.