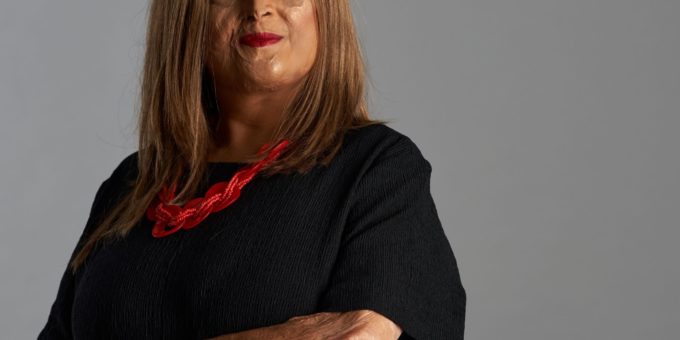 The incredible story of Tulsi Vajgani, is being celebrated by a UK entrepreneur who has launched a watch in her name.

Part of the new Inspiration series from Hagley West, the Tulsi watch aims to provide encouragement to other women who may be facing adversity. Each watch sold will also raise money for  charity.

Named after Lewisham-based plane crash survivor Tulsi Vagjiani – whose entire family was killed in a 1990 air disaster – the watch represents ‘Power and Beauty’ .

Based in East London, Tulsi underwent more than 50 operations to repair facial burns. Going through this  ordeal would eventually set her on a path to becoming a campaigner for those with visible differences.

Living through a kidney transplant later in life, Tulsi has embraced life and now helps others to find their light and true purpose. An active supporter of Changing Faces Foundation, her chosen charity for the Inspiration project is Food4All UK. Now in her forties, she is a motivational speaker, Pilates instructor and coach.

Designed personally by Tim Hayden, each watch in the range is named after the women that inspired it.  With models retailing between £115 and £135, Hagley West will donate 5% of its sales to charities selected by each of the women.

Tim said: “We took Hagley West to market just over a year ago, raising £350,000 via crowdfunding – which is still a world record for a privately owned watch company!

“The launch of Inspiration is the next major step in our growth, as these watches really demonstrate our values.

“We think you should ‘love your journey’ through life and this belief forms a big part of the Hagley West brand. These five incredible women really do embody the idea that life is a journey and show us all that with belief and passion, you can overcome anything.”

Tim Hayden founded Hagley West Watches in 2016 and has used the social media channel TikTok to share his own story.

Tim suffered from drug addiction, which he beat 15 years ago. He also lost millions due to a company failure in the 2008 recession, before rebuilding his own life and business into the success it is today. Many of his posts generate millions of hits, with a huge audience tuning in to follow his remarkable journey.