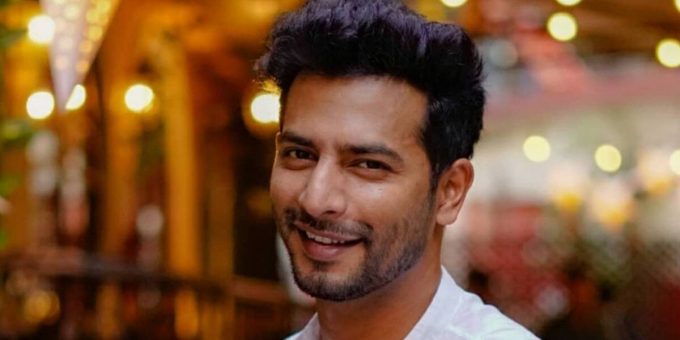 Many may credit Queen for giving us this phrase but they would be wrong, for it has been the lifeblood of performers and entertainers, perhaps from  the times humans realised that stories made us better, in relation to ourselves and to others. Stories gave way to books and theatre, art and dance, cinema and television. From fireside grandma’s stories to Netflix, from Homer’s Odyssey to Star Wars, entertainment has been our catharsis and our escape from everyday life and when life has become too much.

The years 2020-2021 have been no different, they have tested us as people. In such times, we find our escape on screen but the people working to provide us this break are not faring any better either. As most of India is under lockdown, there are many TV artistes that are still working overtime to provide us our nightly entertainment.

With many actors testing positive for the coronavirus while others dealing with their family members battling the disease, what does it take to smile and emote in front of the camera? Sehban Azim, who plays the lead role in Tujhse Hai Raabta, calls it a Catch 22 situation as they are caught between the responsibility to their craft and the fear of the virus. “Honestly it’s quite scary, given the times we are in,” he says amid shooting, “There are moments when we also feel low and even question why we need to be out when everyone is cooped up safely at home. Is our work really so important?”

Sehban further said that with time he has realised how television today has become a part of ‘essential service’ and there is no way they can step back from their work. “You may call it an idiot box or any names but there is no survival without television. Most in the audience still do not have access to the internet, and theatres have always been an expensive affair. Hence, TV is what helps calm them in these trying times. And that’s what keeps us going. What may come, we have to keep our viewers entertained, the show must go on. It’s also about their happiness.”

The Bepannah actor also pointed out the fact that the channel has to air episodes and the lead faces have to be around. He said, “If I or Reem (lead of his show) decide to not shoot, they might have to get a replacement or shut the show. That would eventually become a bigger challenge for the makers and would also be not ethical on our part. Right now the channel and producer needs us and it is our responsibility to support them. You might call it a Catch 22 situation or just being there for each other in bad times, but it is what it is. And even if I don’t do it, I think someone else would.”

Sehban Azim’s mother stays in Delhi, which was going through a very harrowing time for the past few weeks. The actor shared that he is worried for his family’s wellbeing. “Our family had planned to be home together this Eid but it’s clearly not happening right now. I would love to be with my mother and brothers but traveling could be a major risk. It’s really scary when you think about it and the kind of news that comes, it only leaves you disturbed. We keep on checking on each other constantly, that’s the least we can do to feel better,” he said, adding that as actors, they cannot be in mask throughout, and that becomes a worrisome factor too. “However, we make sure others around us are well masked.”

The Dill Mill Gayye actor also touched upon the dicey social media presence at present times. Calling it a vicious cycle, Sehban said that while one section is trying their bit to help each other, some celebs also want to spread some positivity. “However, they get trolled for being happy. Thus you don’t know what one should put. While I keep amplifying resources and pleas for help, I also post flowers or sunset pictures, and sometimes positive quotes, so that someone gets a little motivation,” he added.

Sehban Azim concluded the conversation by stating that it’s a ‘first of a kind experience’ for everyone, and each one is doing their best to survive and fight. “A few months back we thought we were almost done but it’s only getting worse. I just pray that everyone stays safe and we overcome the second wave with more strength.”

Racist language directed at teenager before he was stabbed to death, say police
2021-06-03

From Maggi to Hajmola: This makeup artist creates looks inspired by your favourite snacks
2020-09-17