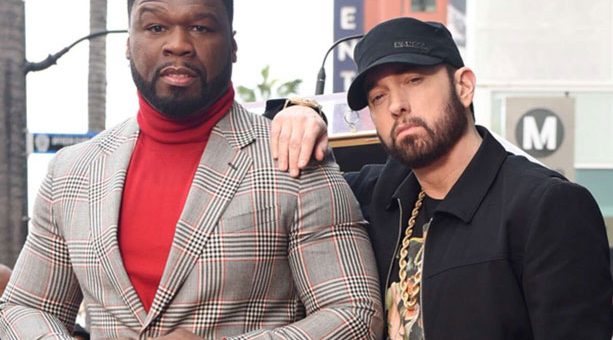 50 Cent received a star on the Hollywood Walk of Fame on Thursday and the ceremony featured a surprise, rare appearance from Eminem.

Slim Shady himself (real name Marshall Bruce Mathers III) took the podium to pay tribute to his friend, fellow rapper and Power star (real name Curtis Jackson III), who he had discovered and signed to his record label Shady Records in 2002. This marked the first time Eminem, who is notoriously private, has been photographed in public in over a year.

“Out of all the things that I don’t remember about 2002, I have a very clear memory of the first time I met Fifty,” Eminem said. “I think one of the things I noticed when he first walked into the room was his presence, right, because it just kinda felt like he’s gonna be a star, like just the way he carried himself, swagger, everything. It just seemed like he was the whole package. What’s crazy about it to me is the charisma and the personality matched the intensity of his music and that first album is so classic.”

“The first time I met Fifty, I was so excited to meet him, so I started rapping all his songs to him and I didn’t really let him talk,” he continued. “I kinda was trying to show him how into him I was. But I think I might have probably overdid it.”

Eminem recalled how his friend and producer Dr. Dre was also impressed by Fifty.

‘The first time I met Fifty, I was so excited to meet him, so I started rapping all his songs to him and I didn’t really let him talk,’ he continued. ‘I kinda was trying to show him how into him I was. But I think I might have probably overdid it’

“I knew that the dude sitting in front of me sitting across from me was just different. It just seemed like, I don’t know man, something, just something about him just drew you in and I think Dre and me knew that…if it worked on us, that it was gonna work on the rest of the world,” Eminem said. “I’m glad we trusted our instincts.” 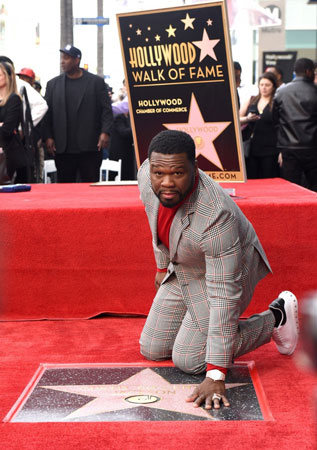 Eminem said 50 Cent was not only a business partner but “one of the best friends I’ve ever known in the world.”

He also addressed the rapper’s past feuds; 50 Cent had had beef with the likes of Vanderpump Rules star Lala Kent, actress Vivica A. Fox, rappers Ja Rule and Rick Ross, and Nick Cannon, who recently feuded with Eminem.

“I would say that it’s much more fun to be his friend than it is to be his enemy, ’cause this guy is f–king relentless and he won’t stop,” Eminem said. “And the same way that he’s relentless in his battles, he’s also relentless in his business. He’s an artist, an entrepreneur, an actor, a director, a producer, he can juggle, he’s great at Scrabble. He pretty much does it all, and he’s also helped me through a lot of hard times in my own life and he’s always been there when I need him.”

RCMP try to set up rural crime watch in Conklin, Alta., but residents too fearful to help out

Is Automation A Viable Solution For Food Industry? 5 Factors Restaurants Can Explore
2021-11-14