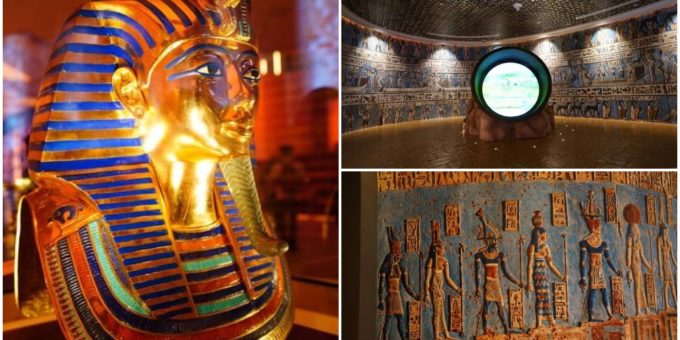 BEIRUT: Lebanon continued its freefall into economic turmoil on Friday, with the medical, fuel, and food crises worsening and no political initiative being taken to overcome the deteriorating situation.


This crash was at least partly due to a speech given by Hezbollah Secretary-General Hassan Nasrallah on Thursday evening, in which he reaffirmed his hostile positions toward Saudi Arabia and called on the Lebanese to have “patience,” offering no solutions to their mounting problems.


The average price of fuel is now equivalent to half of the minimum wage.


Gas station owners reported an approximately 50 percent “decline in the sale of fuel.”


Meanwhile, Economy Minister Amin Salam on Thursday decided to reduce the weight of a bundle of bread while maintaining its current price, which is the highest it has ever reached.


The Ministry of Economy attributed this to “the high prices of flour, diesel and other materials.”


Olivier de Schutter, the UN special rapporteur on extreme poverty and human rights, issued a statement following a 12-day mission to study poverty in Lebanon, a copy of which Arab News obtained from the UN office in Beirut.


“The Lebanese authorities’ destruction of the national currency, political deadlock, and reinforcement of long-standing inequalities have plunged the country into abject poverty,” he said in the report.


“Lebanon is not a failed state yet, but it is a failing state, with a government failing its population,” he added.


“The destruction of the Lebanese pound has devastated lives and impoverished millions.”


De Schutter described the crisis in Lebanon as “manufactured.”


He added: “While the population is trying to survive day-to-day, the government wastes precious time evading accountability and scapegoating refugees from the comfort of their offices.


“This outrageous level of inequality is furthered by a tax system that rewards the banking sector, encourages tax evasion and concentrates wealth in the hands of the few. In the meantime, the population is subject to regressive taxes that hit the poorest most.


“This is a human-made disaster that was long in the making.”


De Schutter expressed his concern that the “political leadership seems unwilling to see the relationship between tax reform and poverty alleviation and underestimates the benefits of social protection systems for rebuilding the economy, especially in times of crisis.


“Unfortunately, I heard no credible poverty alleviation plan from the government that does not rely on international donors and non-governmental organizations. Dependence on international aid is not sustainable and in fact it weakens state institutions.”


The UN expert added: “The question is what political leaders spent the resources on.


“For decades, Lebanon ignored the need for social policies, including strong welfare programmes and public service infrastructure, and instead focused on unproductive sectors like banking, continuously expanding public debt and devoting those resources to debt servicing.”


He added: “Lebanon has an opportunity to rethink its economic model. Continuing to incentivize a failed model based on rentierism, inequality, and sectarianism will only sink the population further into destitution.”


He warned that the international community would not take Lebanese reforms seriously “until a credible plan is proposed for how to transform the economy, address inequality, ensure tax justice, and prevent further political stalemates,” warning that the donor community was running out of patience with the Lebanese government.


“After losing $240 million to the scam of arbitrary and unfavorable exchange rates, they need to see that the government is serious about transparency and accountability, and a rights-based approach can guide the government’s efforts in this process.”


De Schutter told Reuters: “Lebanon’s officials are living in fantasy land. This does not bode well for the country’s future.”


Prime Minister Najib Mikati’s government, formed in September, is yet to convene amid an ongoing political dispute.


Meanwhile, the reserve in hard currencies at the Central Bank is shrinking to such an extent that it is no longer possible to support medicines for chronic diseases. This decline in economic capacity comes after the Central Bank lifted support for regular medicines.


Economist Dr. Louis Hobeika told Arab News: “The state’s revenues have vanished. The customs dollar, which is still priced according to the official exchange rate, is no longer logical, and it must be gradually raised, not immediately raised to the exchange rate on the Central Bank’s official platform.”


He added: “Politicians knew that we were on the verge of such a crisis three years ago, but they did not do anything and waited for solutions from abroad, and this did not happen.”


The economist added: “The reserves dried up, and the Central Bank says that it has only $13 billion, but it could be less.”


Hobeika said that the Ministry of Economy’s issuance of a new price for fuel coming just two days after another price was issued — which included an increase of 2,000 Lebanese pounds — indicates the extent of the crisis.


After meeting with Parliament Speaker Nabih Berri, Information Minister George Kordahi reiterated on Friday that he does not intend to resign from the government “without guarantees” — a position that Hobeika believes will “worsen Lebanon’s economic crisis after its political crisis with the Gulf.”


Hobeika added: “We have not yet seen the results of the economic boycott of Lebanon. We now fear for the fate of the Lebanese working in the Gulf, but what if the crisis affects transfers to universities, charities and civil society organizations? What if Gulf Air traffic stops? Won’t Lebanon suffocate? Patience will not do any good then.”


Despite growing pressures, it appears unlikely that the Lebanese will take to the streets to renew their protests. This popular reluctance to express anger “is way more than mere frustration, it is a loss of purpose,” Hobeika said.


“Citizens are stuck in a hellish, vicious cycle.”

Ricardo Pepi Is the USMNT’s Striker of the Moment