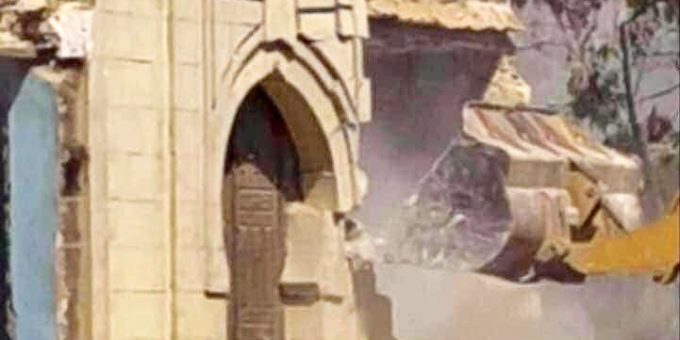 CAIRO: There have been no new coronavirus cases in the past three days at 14 Egyptian hospitals designated for the isolation of patients.

The announcement comes during a decline in the number of cases in Egypt in recent days.

Around 600 new cases are being reported daily, with deaths ranging between 50 to 60, according to Egypt’s Ministry of Health.

As of July 19, 4,302 people have died from the disease and 87,775 have been infected since the outbreak began in the country in February.

The hospitals that reported no new cases were El-Nujaila and El-Alamein hospitals in Marsa Matrouh governorate near the Libyan border, as well as El- Gomhoria, Sheikh Zayed and Heliopolis in Cairo.

Abu Qir Central Hospital in Alexandria also said it had no new cases.

El-Madina Hospital in Luxor governorate in Upper Egypt and the Red Crescent Hospital in the eastern region north of Cairo also have no new cases.

Amani Mukhtar, a professor of preventive medicine in Egypt, attributed the decline to the possibility that the country had passed the peak of the pandemic.

Mukhtar said the second reason for the decline in cases was because of preventive measures that have helped reduce the number of cases.

Precautionary measures taken by the state and which the public is being constantly urged to follow, as well as the mandatory wearing of face masks in public places, might have prevented the virus from spreading further.

The expert said that most people had acquired immunity. Research suggests that the body, after being infected with the virus, will gain immunity for two to six months.

Hossam Hosni, head of the scientific committee to combat coronavirus in Egypt, said that the decrease in the number of daily reported cases was expected.

He praised the isolation hospitals that no longer had any COVID-19 cases, as well as the efficiency of medical teams in hospitals, and said the commitment of citizens to wear face masks would lead to an even bigger decrease in newly reported cases.

“Looking at the cost of private hospitals, we must praise the Egyptian state, which is providing treatment to those able and unable to afford it,” he told Arab News. “When it comes to prevention of the coronavirus we have committed to precautionary measures. Taking vitamin C and zinc from their natural sources, such as fruits and vegetables, has also helped.”

He said that not every coronavirus patient who recovered could donate plasma without several specific conditions, among which is a recovery period ranging from 14 to 30 days, and excluded chronic kidney disease patients and those who took cortisone.

Severe cases or those with chronic illnesses did not recover using blood plasma, he added.

Hosni said it would take a few months until Egypt reached zero coronavirus cases but, until then, the reported cases would continue to decrease.

Jihan El-Assal, vice-chair of the Scientific Committee to Combat the Novel Coronavirus at the Ministry of Health, said that Egypt had passed the peak stage of the virus and that the number of infections was declining. But she also said that nobody could predict when the country would reach zero cases.

El-Assal stressed the importance of people committing to the government’s precautionary measures during the upcoming period in order to eventually reach zero cases.

She added that there had been a strong willingness from the public to adhere to safety guidelines since the beginning of the coronavirus outbreak.

She said people had become more aware and therefore resorted to healthcare providers if they experienced any COVID-19 symptoms which, in most cases, range from mild to moderate and were treated by isolating at home, with a decrease in critical cases.

Akshay Kumar Says this Little Khan Will Rule Bollywood in the Future.
2019-08-08