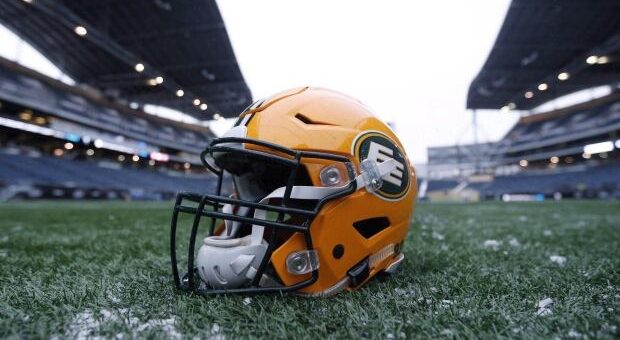 “The Edmonton Eskimo Football Club board of directors has made the decision to discontinue the use of the word ‘Eskimo’ in the team’s name,” a news release said Tuesday.

In the release, the team acknowledged views regarding the team name are shifting.

“While many fans are deeply committed to keeping the name, others are increasingly uncomfortable with the moniker.

“The long-term viability of the club requires everyone to get behind this change and continue to support the team, especially during these challenging financial times.”

At a news conference Tuesday, Board Chair Janice Agrios spoke about the team’s identity.

“To those of us who spent our formative years bundling up to sit in the stands and cheer on our team in below-zero temperatures, the name Eskimos meant tough, resilient, never give up. It also meant community and respect. We identified with this name.

“In recent years, however, we’ve come to understand the concerns with the name. We know that those who originally named the team did not intend to be disrespectful or derogatory — in fact, the very opposite.

“They were proud to associate themselves with such a resilient northern people. The alliteration of the two words, our northern location — the name felt like a natural fit.

“However, while we might relate to Inuit values, that doesn’t mean we can continue to use this name.”

The team will begin a “comprehensive engagement process” to find a new name.

The process will involve research and “input from season seat holders, casual ticket purchasers and partners,” the team said.

Agrios was joined at the news conference by team president and CEO Chris Presson.

The team’s current name has been criticized as insensitive or even racist.

Sponsors of the team have threatened to cut ties unless the organization commits to changing its name.

Last week, the National Football League team in Washington announced it will retire its name and logo after pressure from sponsors.