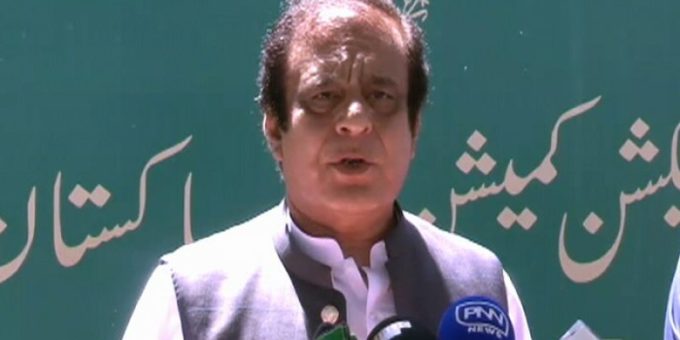 Minister for Science and Technology Shibli Faraz on Tuesday said the Election Commission of Pakistan had nominated its technical team to thoroughly vet electronic voting machines (EVMs) for their satisfaction, but insisted that an understanding had been reached between the ECP and the government to hold the 2023 general elections with “the help of technology”.

Speaking to media in Islamabad, the minister said the government will hold follow-up meetings with the ECP, but the targets decided in those discussions will be time specific keeping in view the timeline of the next polls.

He said the government was now taking the machines toward perfection. “We will also have to enact laws and the ECP will have to look at some internal processes.”

Faraz highlighted that the legislation process would also be pursued by the government before formally rolling out EVMs for the polls. He said it would be better if the ECP, after its satisfaction, underwent all processes including tendering of machines beforehand.

The minister insisted that the ECP was satisfied with the machine (EVM), but the election body mooted a suggestion as well. “We talked on a supposition if a voter or a presiding officer kept pressing a voting button on machine, what would happen then?” he said.

He continued that a system had already been prepared for voter identification and it could be added to the machine to prevent its misuse by a presiding officer. “We have a mechanism ready to keep check on a voter to prevent the presiding officer from playing a voter [in order to manipulate the voting process],” he added.

The minister informed that the government would also launch awareness programmes to apprise the masses of problems in the previous conventional voting system and how utilisation of technology could be helpful in the future.

“We will also approach opposition parties to convince them on the matter,” he underlined. The minister added, however, the opposition should talk based on logic and rationale if they wanted to make the election system non-controversial.

To a question, he said the government was clear in its vision to make the use of technology in the next elections. He added it will be good to test EVMs in LG polls or by-‘selections that will be held under the ECP supervision.

Earlier on August 11, the minister had claimed that the EVMs could not be hacked and were the best solution to problems of rigging during polls.

Twinkle breaks down during virtual chat with Malala
2020-10-16